We’re starting this entry with tomatoes because things at The Dingle have been delicious. The jam project this year will be magnificent. Vicky has grown the most enormous marrow ever. We have a shed-full of onions. And the tomatoes have been a triumph. 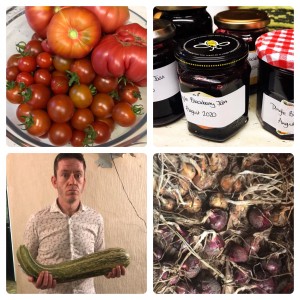 Which is good because this has been 2020 and we think zombies are next. We’re also becoming increasingly convinced that we’re living in a simulation and the aliens running it are screwing with us.

It’s been… a weird year.

An awful one for a lot of people.

We’ve gotten to know loads of people in our village and it has been so glorious to see people looking after each other and getting to know each other well. We have new friends we might not have made before, because we were village wardens and volunteers.

So good has come out of woe.

But at Casa Dingle, things have been fruitful. And we’ve made a bloody big mess.

Our plans have changed slightly. The chaps at PlasLime recommended we weatherboard the gable end wall, so that’s what we’re doing. Ken is sorting it for us.

But next week, Ken will be back to put in a new sole plate along the front of the house because the one that’s supposed to be there… isn’t.

Which means a couple of weeks ago we replaced the top panels of brick and concrete (a rant on that will follow) with cork and lime. It looks splendid and the house now weighs considerably less.

We were a bit sad to find an original panel made with lathe and plaster. We couldn’t salvage it unfortunately because the entire panel had slipped down and become unstable. That was probably the only original one left: 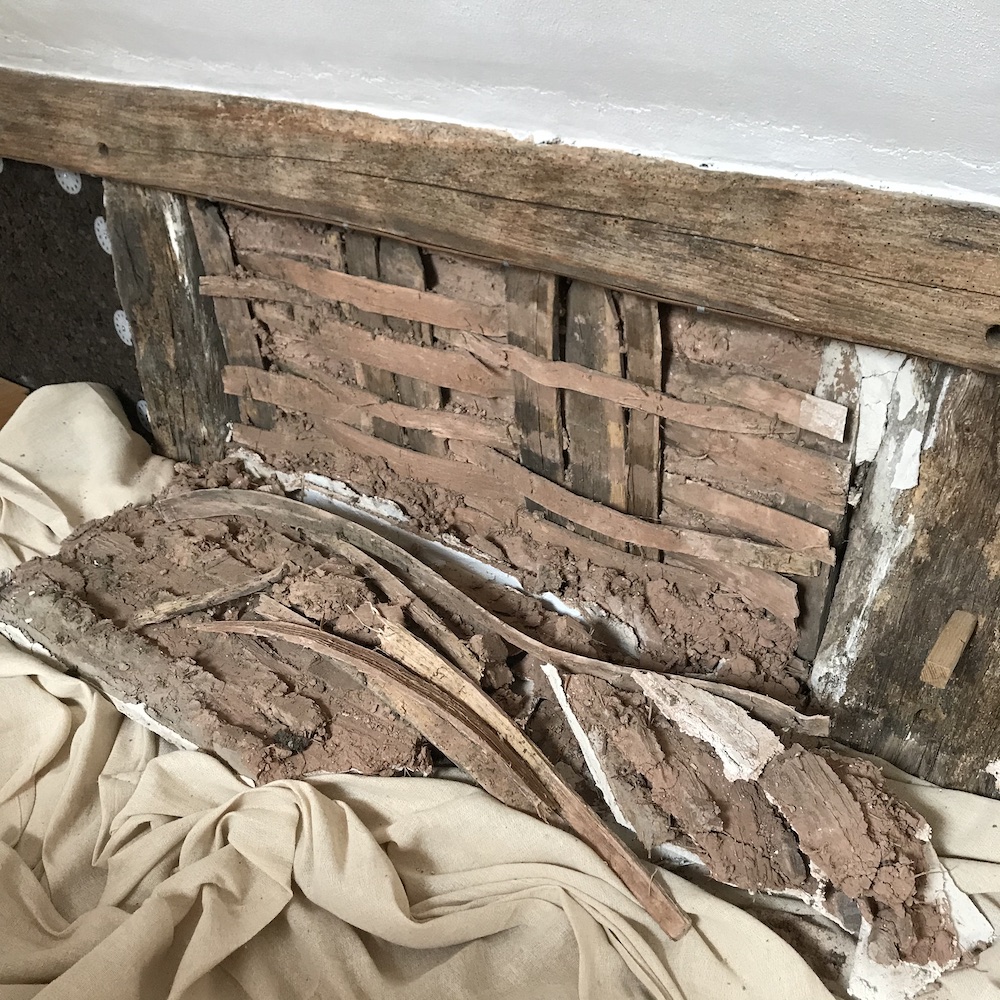 Here’s what the wall looked like a week ago: 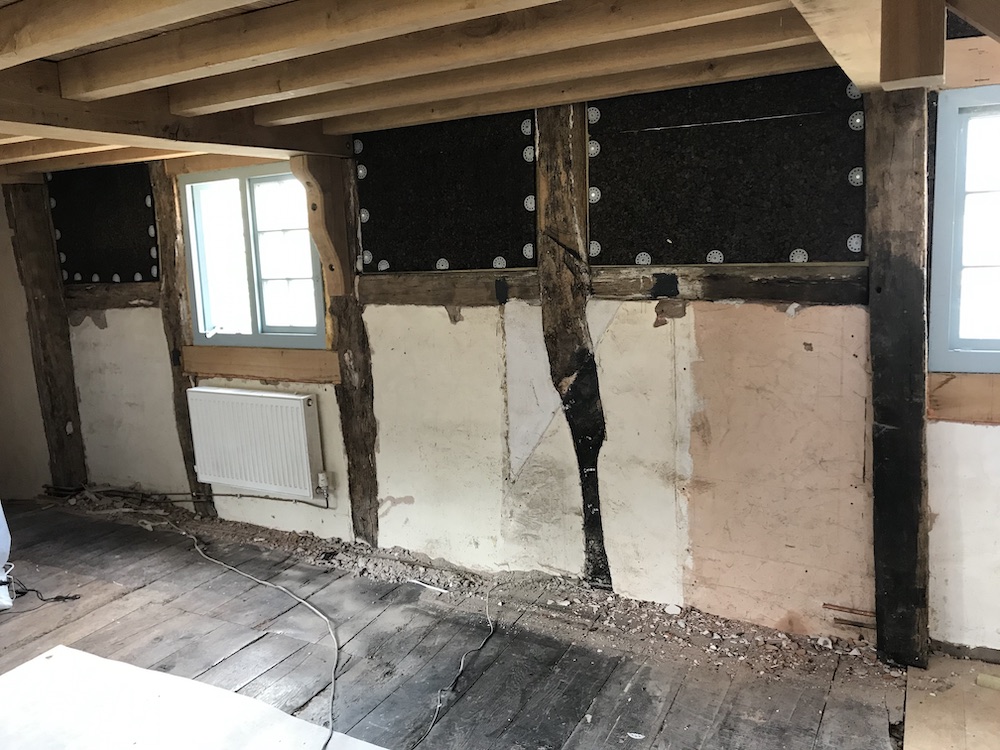 You’ll see we had proper scaffolding delivered instead of trusting to the wobbly death tower. It was also 35 degrees C that weekend so we spent some time pretending we were on a balcony in Greece. 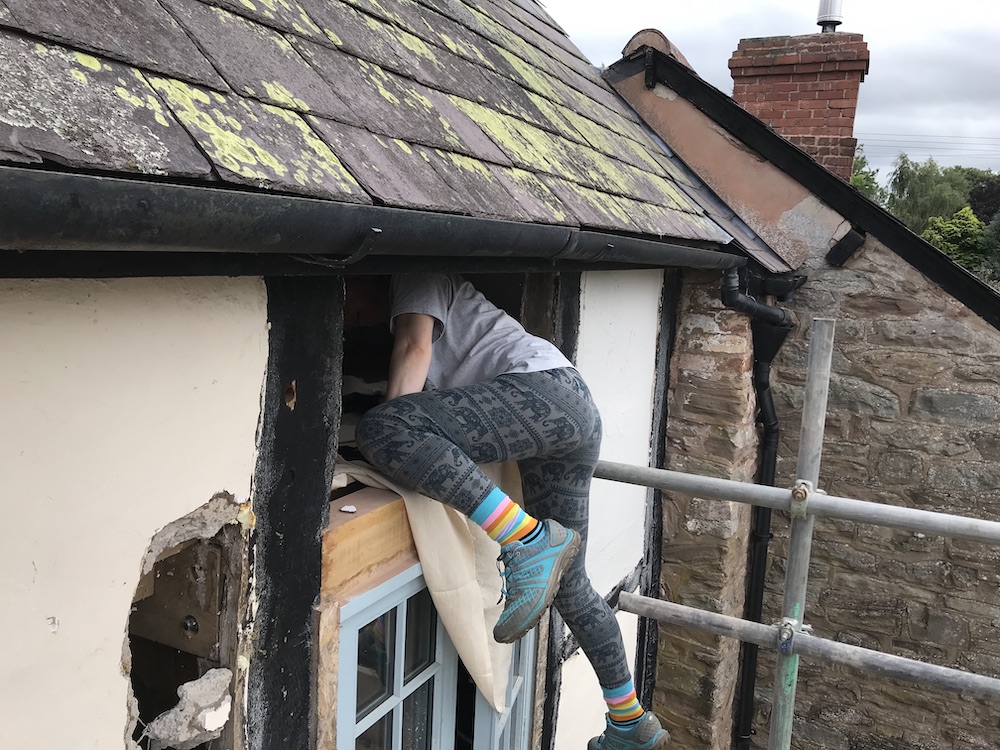 Proper safe scaffolding. It was a treat.

This weekend, we’ve been replacing the bottom panels. There are two more concrete panels.

The air has been blue. Because we cannot FATHOM why anyone would fill a timber-frame house panel with cast concrete and stock fence.

It must have been far more difficult to do than use bricks. And believe us when we say it’s been a complete bloody nightmare to remove. Really, really, REALLY awful. 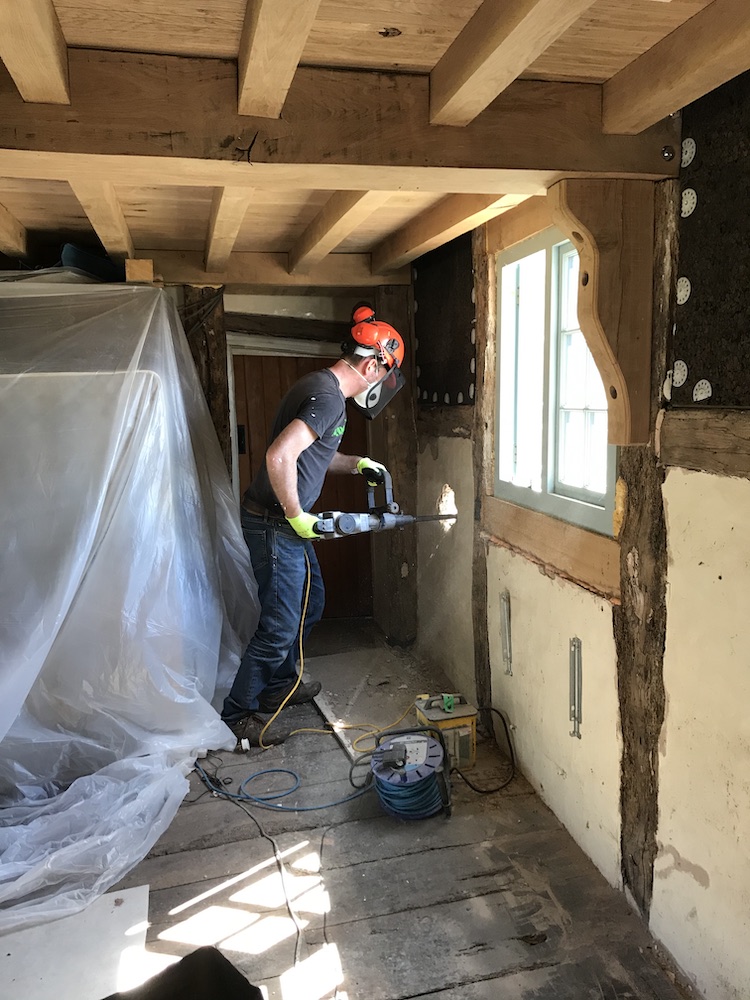 The concrete has also done a fine job of rotting the oak frame. Not all the way through, but enough to be a bit of a worry. The pic below shows a shake stuffed with concrete. The wood all around the concrete and a few mm in is rotten and crumbles away, which is not great. 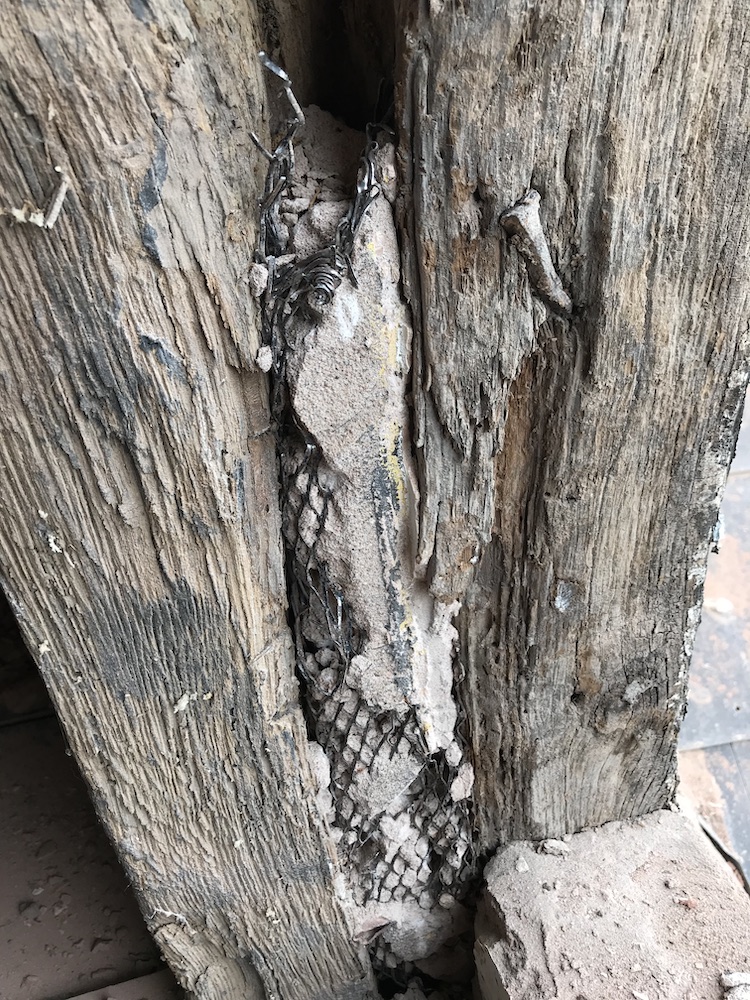 We’ve removed it, and the house is now happier and lighter and we can move on from the trauma of it all.

Oh, we also broke a window when some debris bounced off the wobbly death tower (yes that’s back). 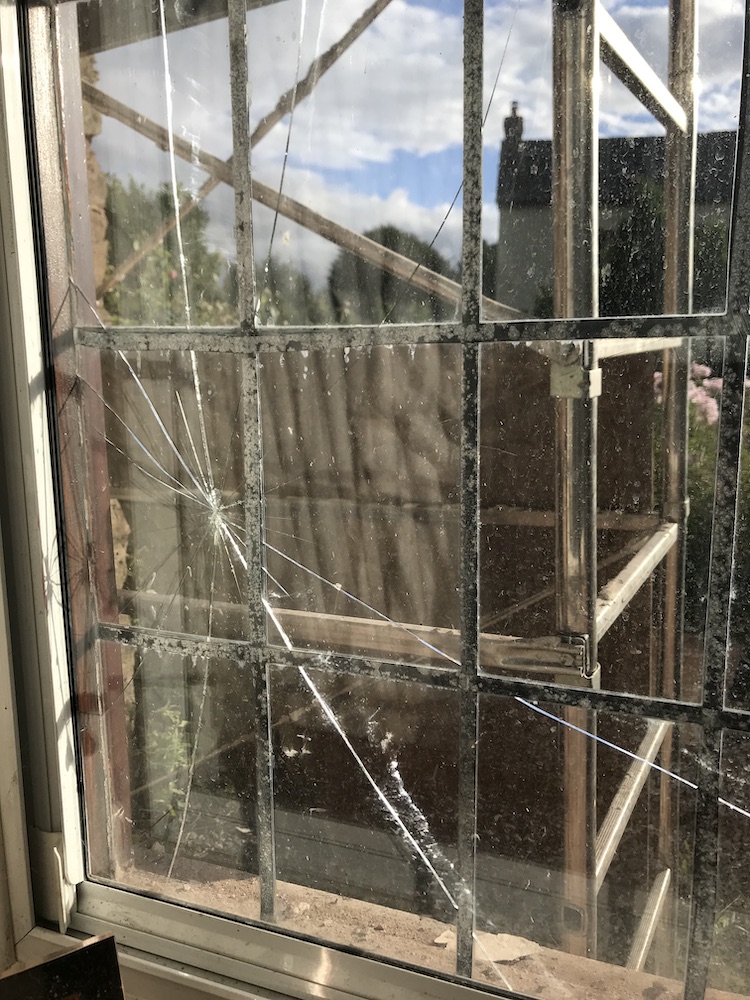 Next stop: panelling the walls with cork and lime again, Ken puts the soleplate in, then we badger Kelvin for our glorious new windows.

Hopefully not too long before the weatherboard happens too.

After that – it’s time to focus on the bathroom, which we’re going to turn into a plant-filled jungle paradise 🙂