Gosh. It’s suddenly November, and we seem to have not updated since… summer.

A lot has happened.

The House Has Eyes

The windows are in. They may come out again, because I’m not entirely happy with how they’re fitting at the moment, and I’m certainly not chuffed with the expanding foam that’s in there. Evil stuff. 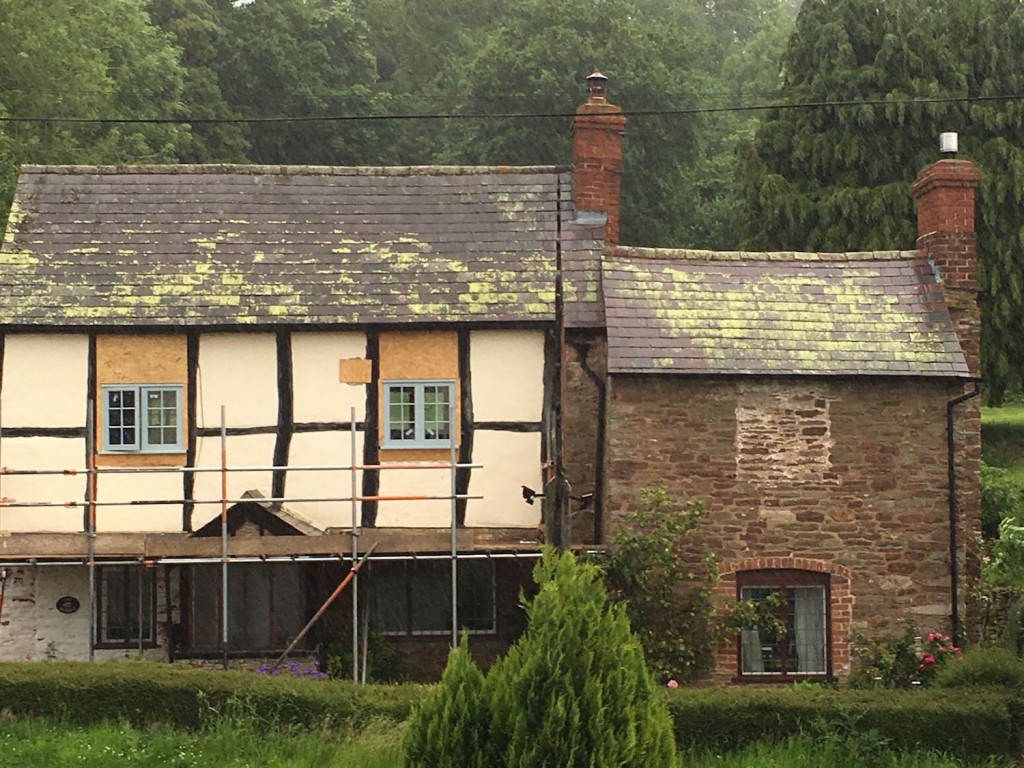 The plyboard is temporary, natch. And we really need to redo that ex-window in the stone part of the house, because it does not look good.

We’re now thinking we may go for oak for the rest of the windows, sell these ones, and replace them. Because obviously we’re not making this easy for ourselves…

Remember Nugget, our poory little rescue hen? She was sick, and we were giving her antibiotics every day. She was getting much better, much more lively, and was a clever little hen. Then a fox took her.

Vicky basically cried for a week.

Then there were four hens, who are all most fabulous: Granny Featherwax (the original and leader of the pack), Shirley (the other rescue hen), Big Betty (a Bluebell), and Mrs Pickles (a Cheshire blue, who Vicky trained to fly up onto your arm). 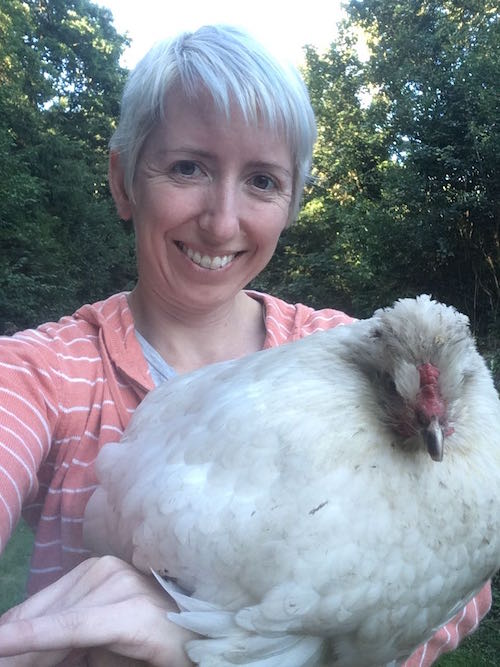 We pulled up the scabby old carpet in the living room to find a roomful of quarry tiles. Sadly, they’re not all in beautiful condition, and there are two different types.

We’re probably going to put flagstones down in here. 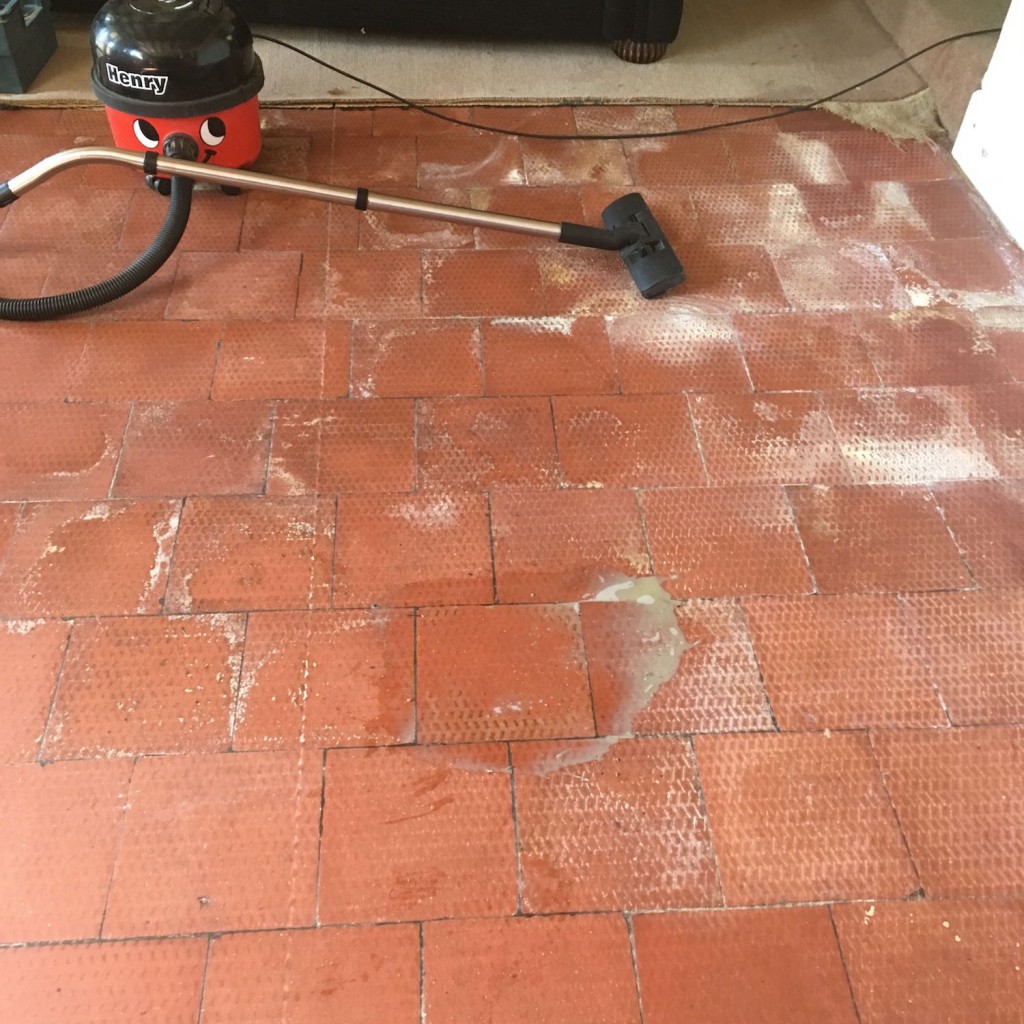 We have been pretty busy in the garden, though. We got a good crop of vegetables, and more squash and pumpkin than any reasonable person could wish for. 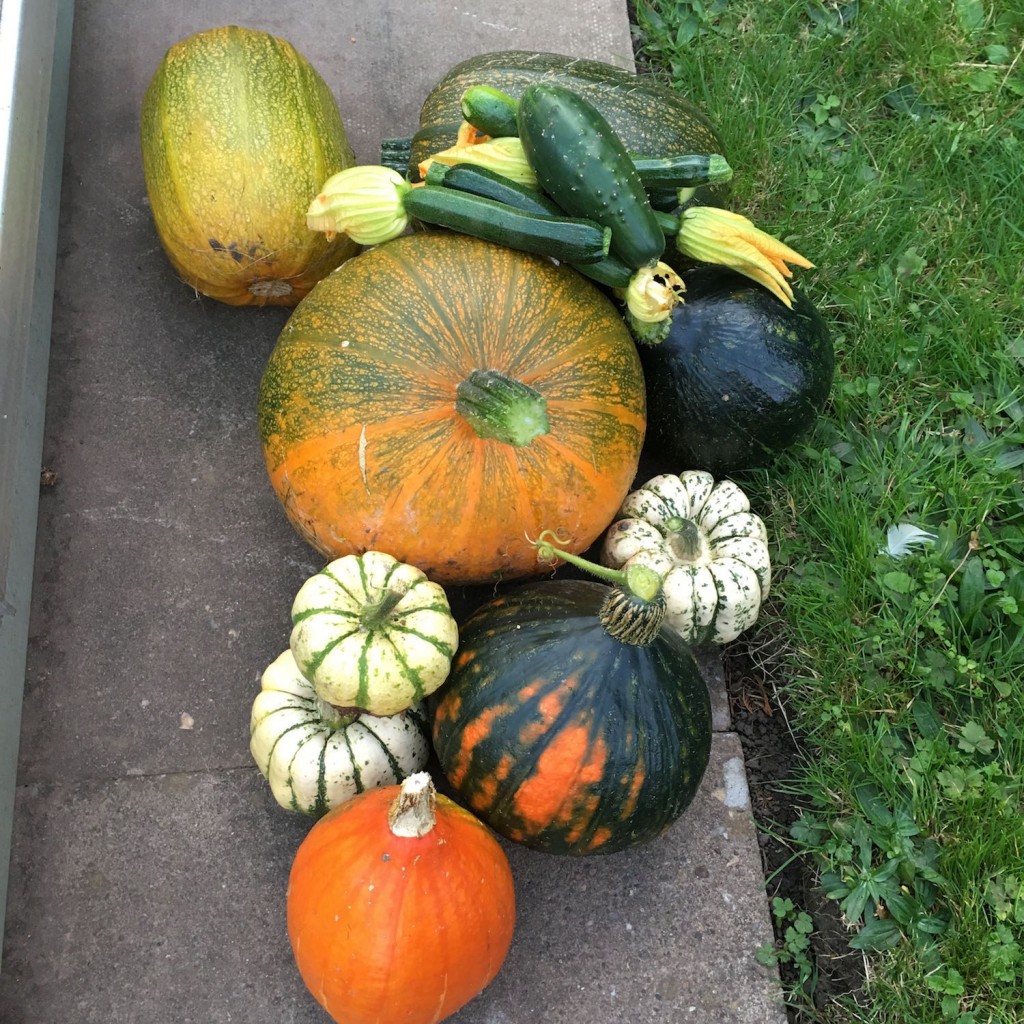 More squash than you can shake a courgette at

Two of them became Hallowe’en pumpkins: 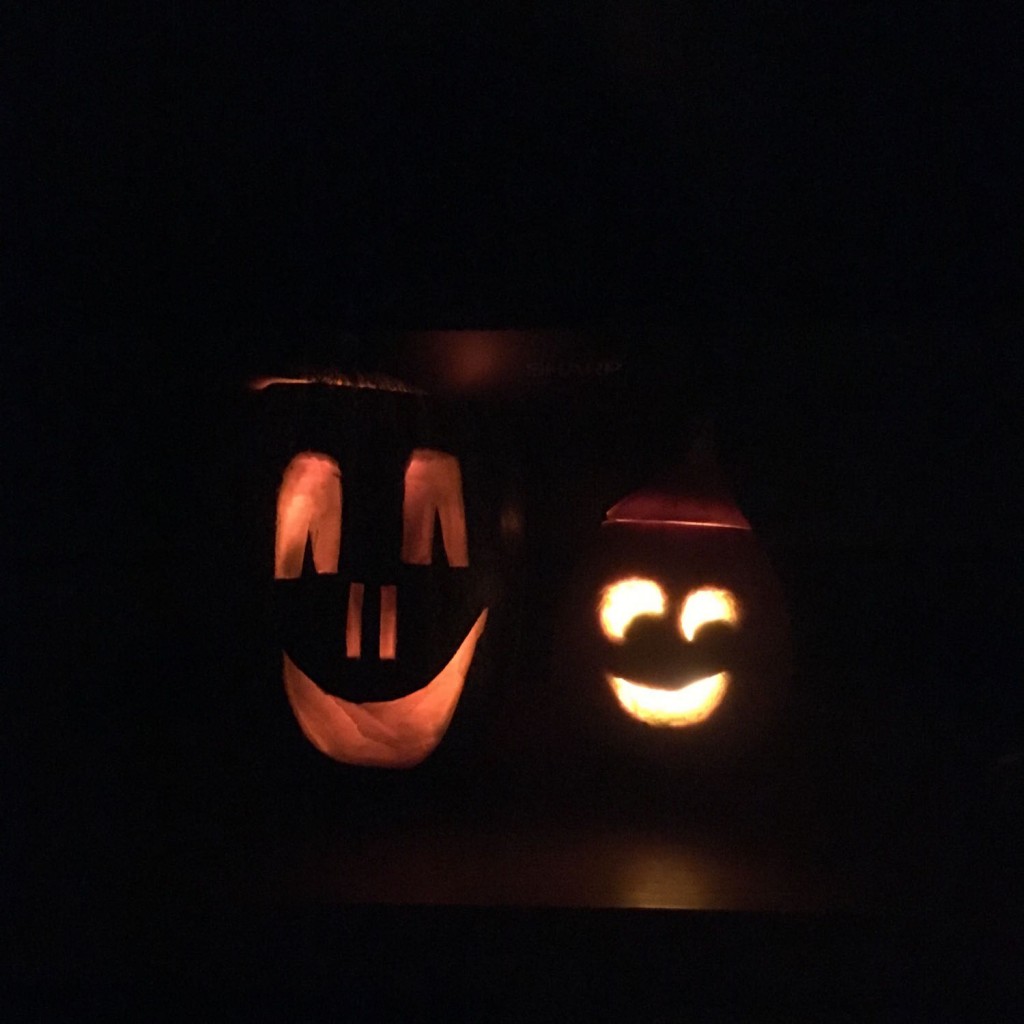 And we’ve started preparing the Chicken Palace and new mower shed. The idea is, where the compost heap is at the moment was a big patch of wasteland, really. 15 feet of brambles and nettles at the end of the orchard, next to the field.

So we’ve cleared that lot out, started levelling it, and acquired 60 paving slabs. Some of those paving slabs will go to form the floor of the new mower shed and chicken feed shed. The chicken house will be attached, and raised off the ground leaving a few feet for the hens to mooch around beneath, then there’ll be a big permanent run that’s totally fox-proof.

But for now, here’s the progress (we put Vicky’s niece Ella to work): 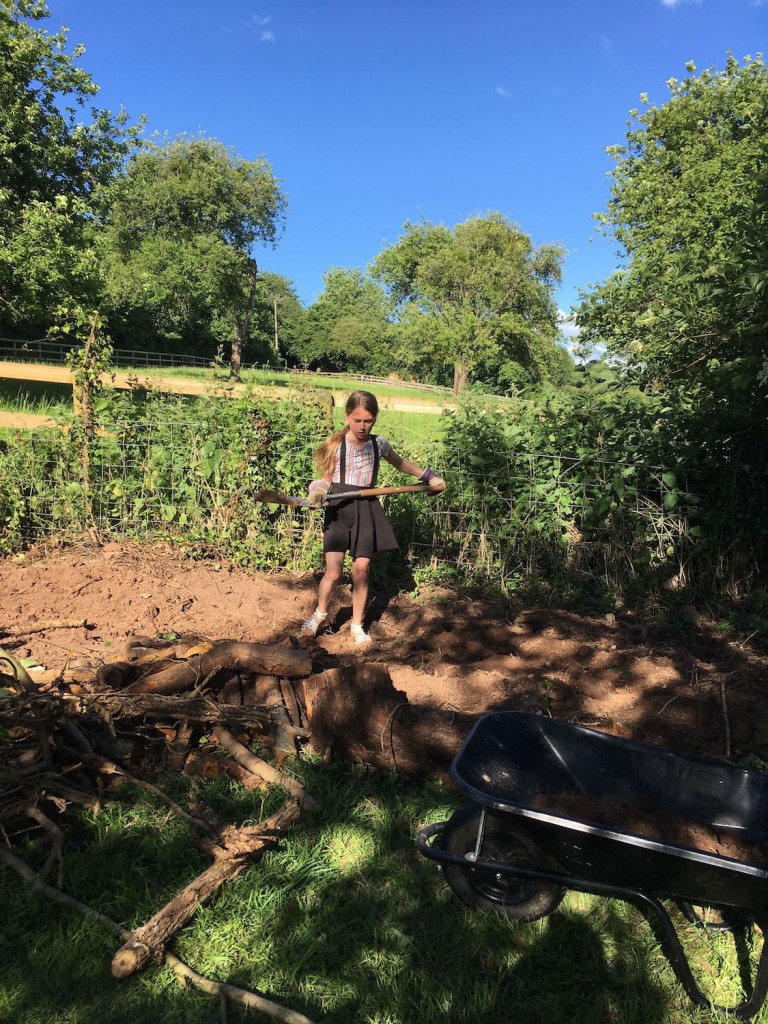 But perhaps most excitingly in the garden, we now have a greenhouse! Joe’s sister offered hers up to the first taker — and never one to pass up a bargain, we snapped it up.

We took down the shaky little shed next to the vegetable beds and levelled the land: 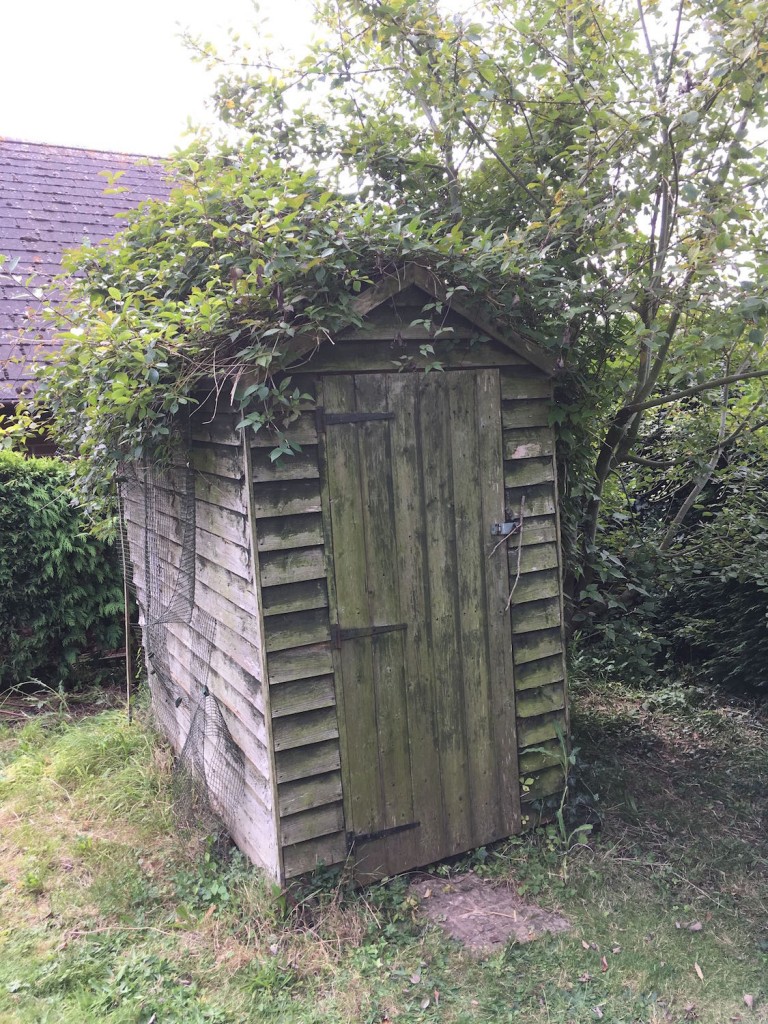 Shed. Mostly held together by clematis. 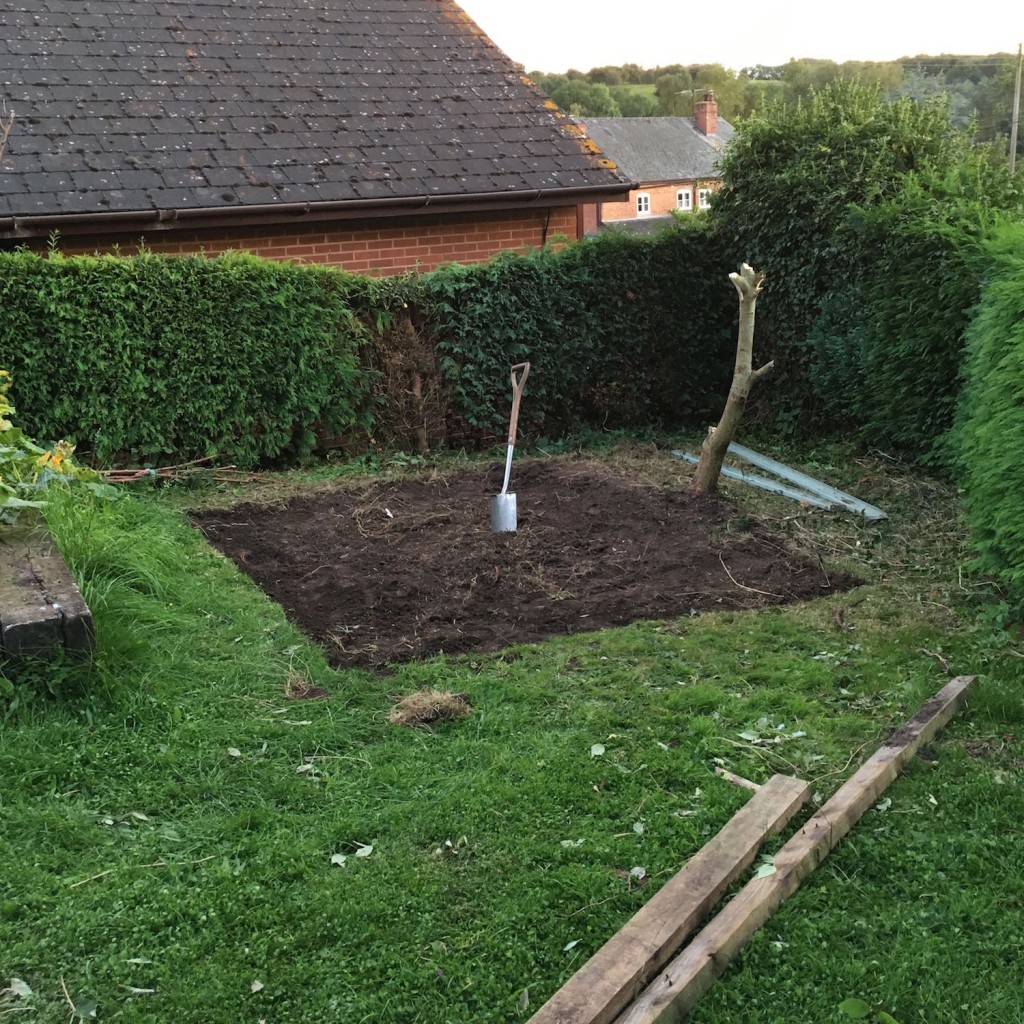 Clear and level, on the hottest day of the summer.

Then we lumped thousands of paving slabs up the hill and Vicky became the most irritating fussy person in the world: they had to be millimetre perfect… after Joe had finished chilling, there was further levelling. 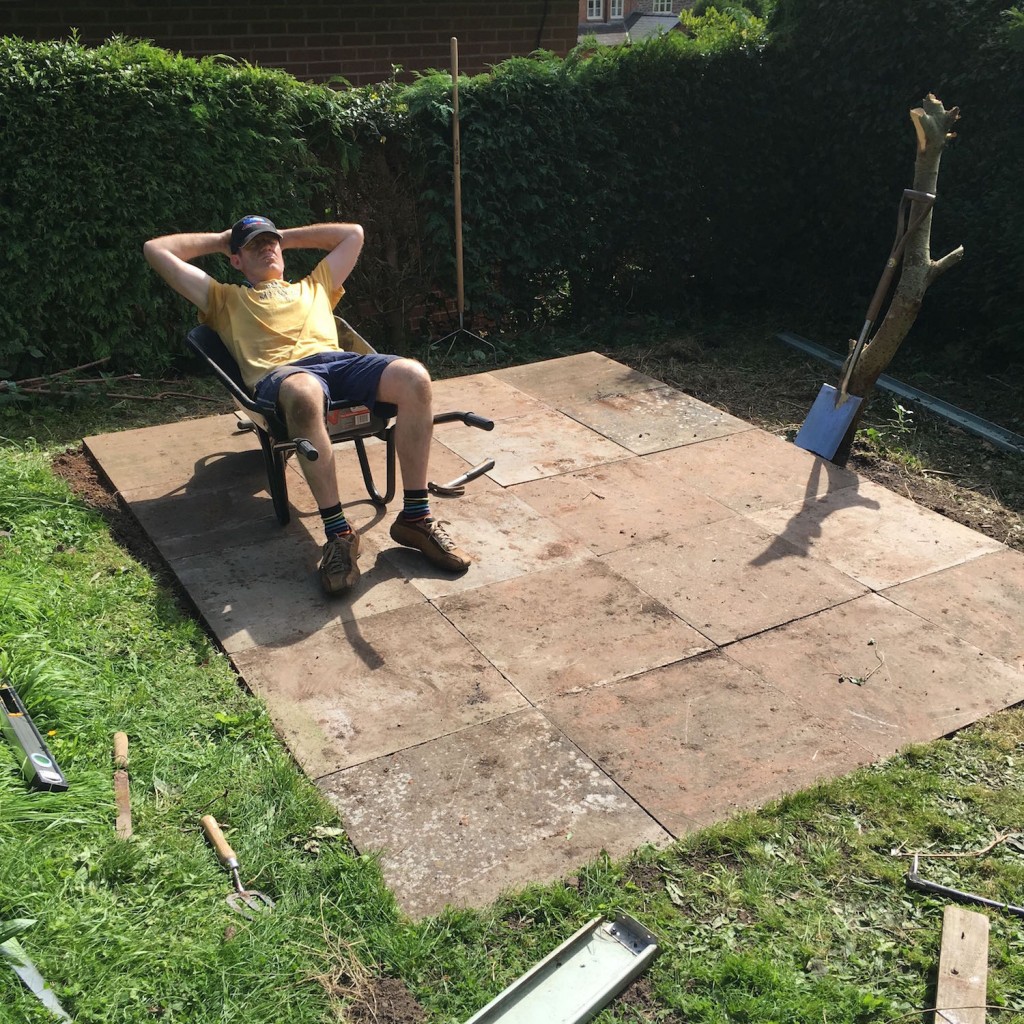 Then up went the greenhouse. Hurrah! And we only broke two panes of glass in the whole transportation and erection process. 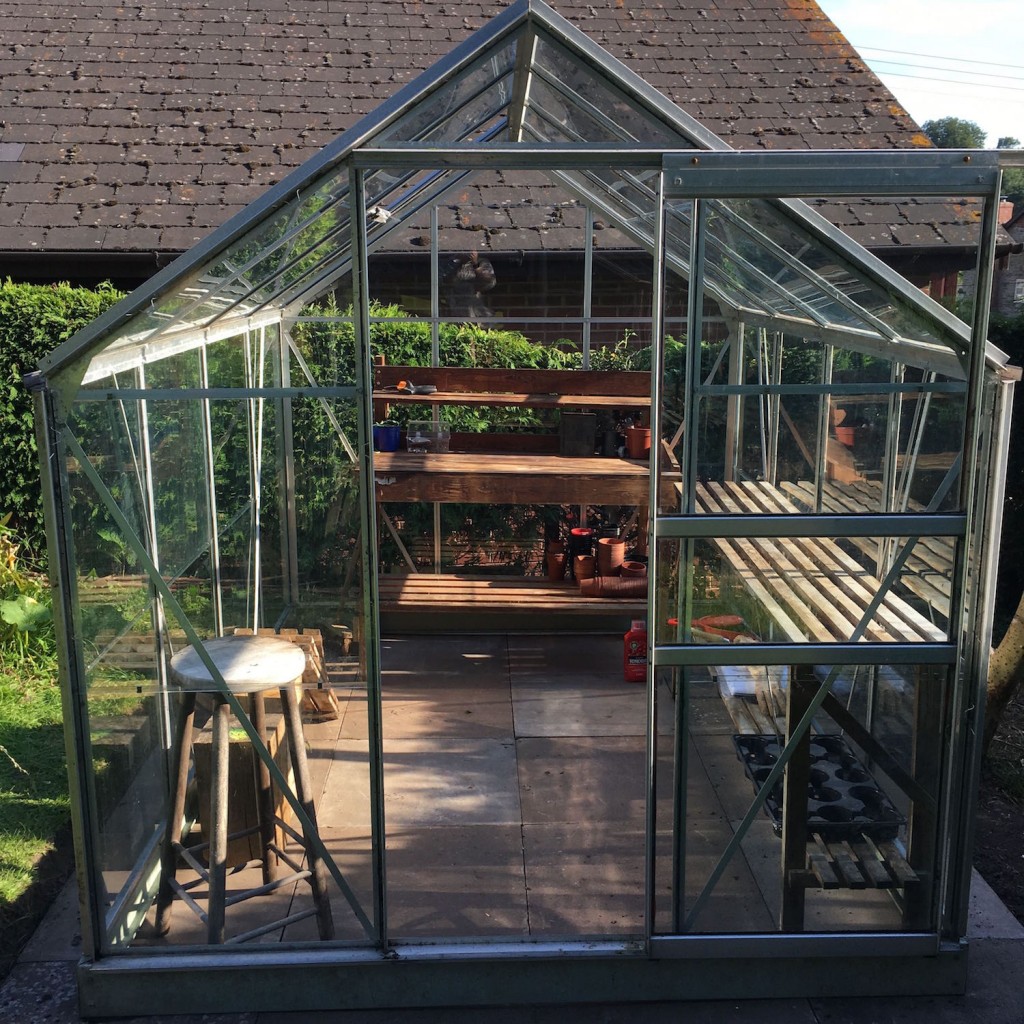 Greenhouse is ready for action

Then we filled it with chilli plants: 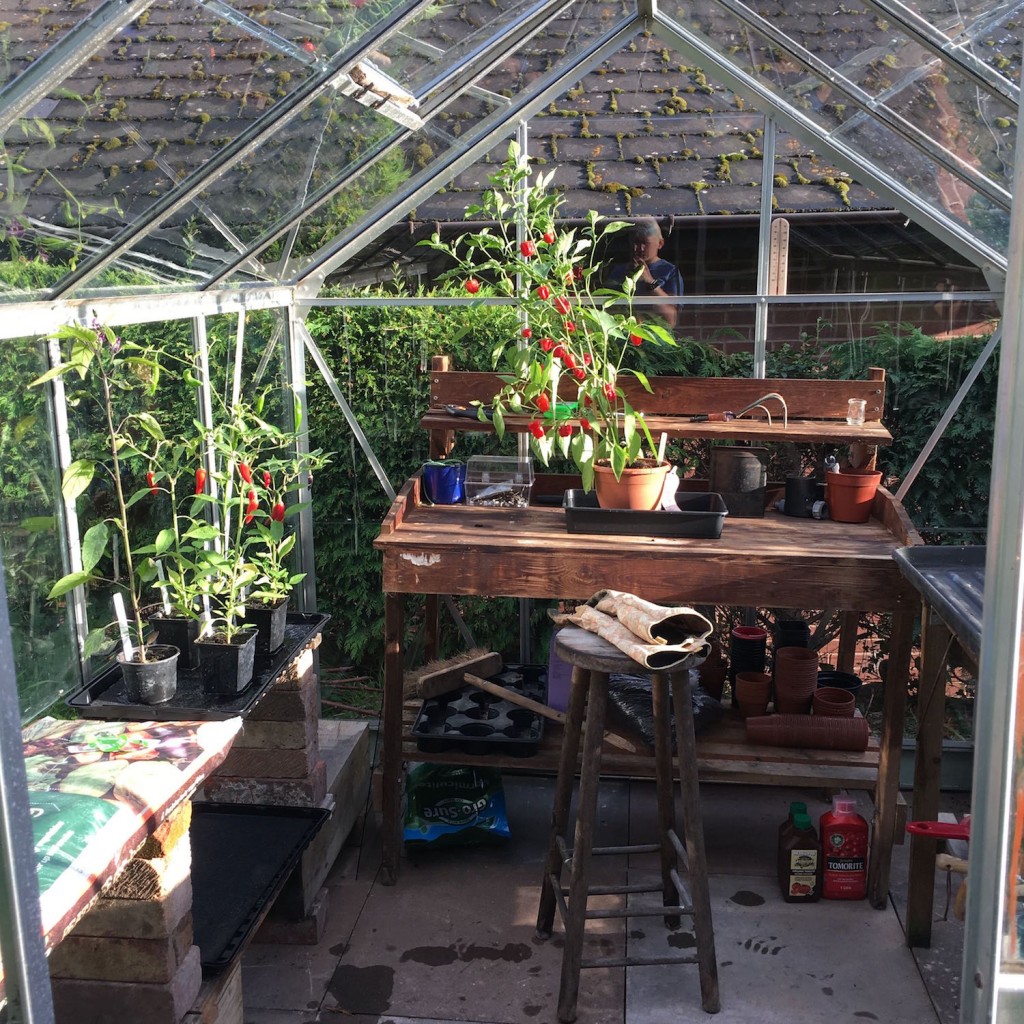 The future of many trips to buy soured cream…

And finally, Joe and the chickens inadvertently arranged themselves into a Fibonacci sequence. And Joe learned that, when presented with peanut butter, chickens give zero flips about manners: 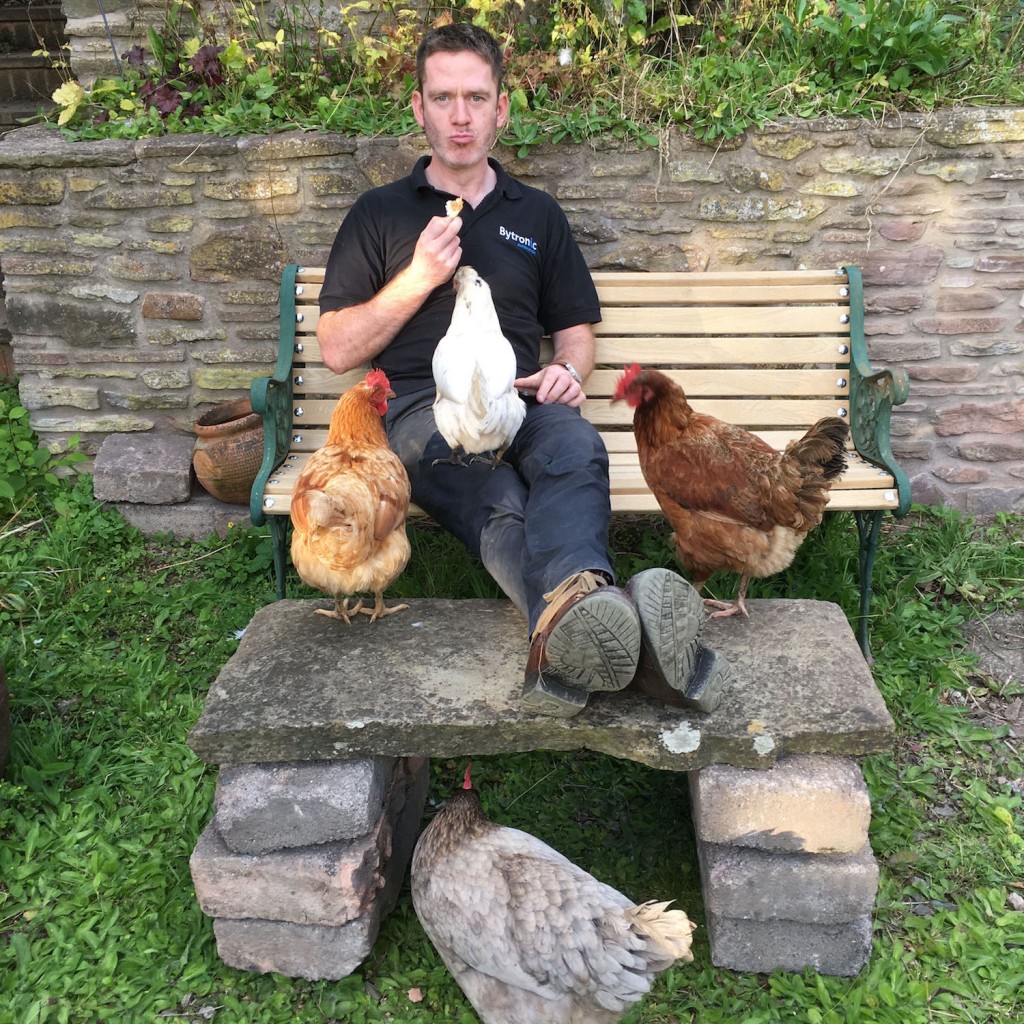