In our garden, just before you get to the orchard, there’s a mahoosive patch of nettles. We started obliterating them last weekend, and found this: 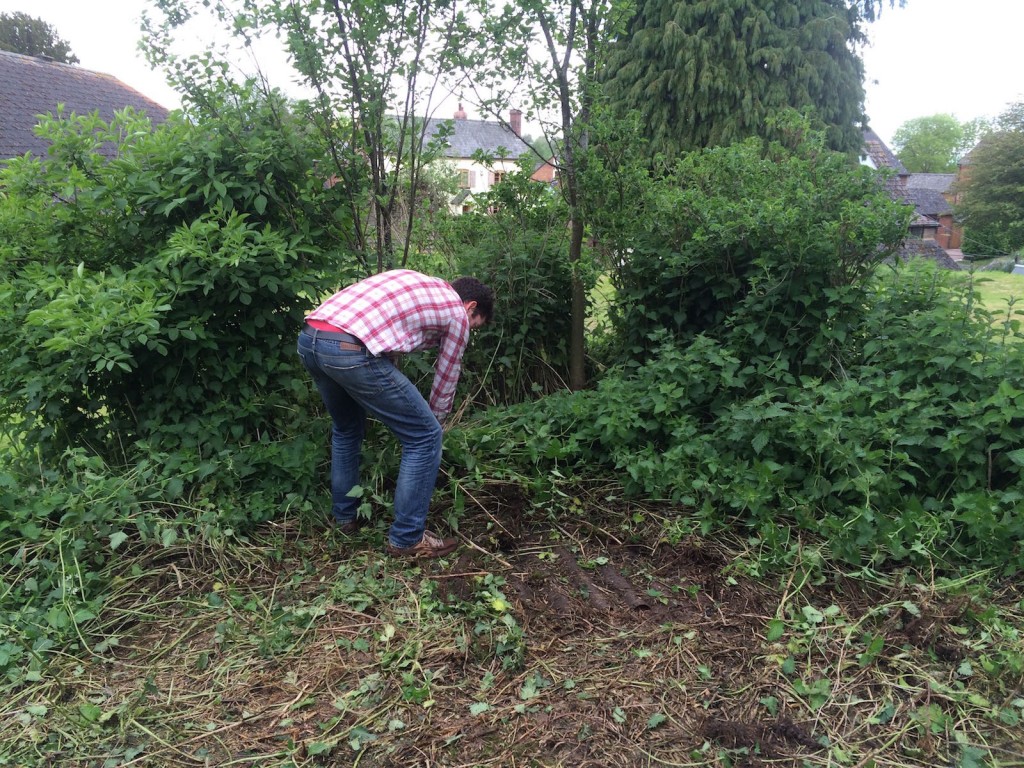 Buried under the many nettles was a large piece of corrugated metal. We’re hoping for some kind of a bunker filled with buried treasure, but we’re being realistic. We’ll settle for just an exciting bunker.

It’ll probably turn out to be Mr G’s method of killing weeds, but we’re keeping our hopes up.