So, behind our house there is a courtyard (currently a weed-yard, soon to be a beautiful flag-stoned eating area), and from that the ground slopes up steeply into the Dingle.

Then, the bank on the right-hand side slopes steeply up to the main garden and orchard. 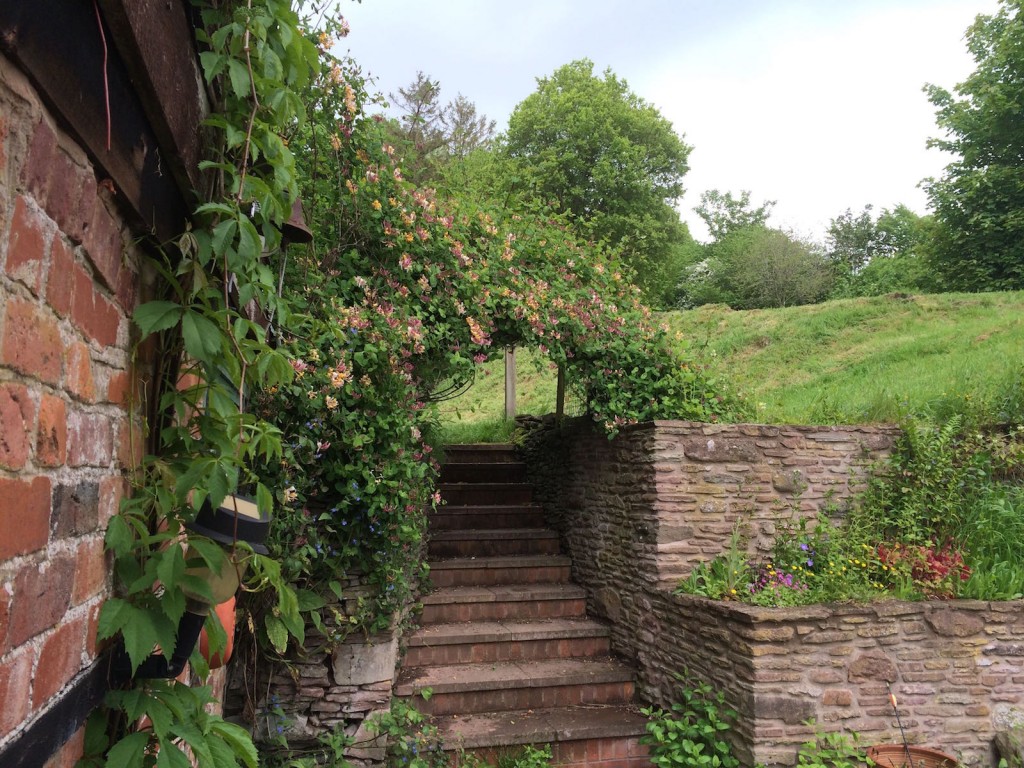 Steep slope on the right

It’s slippery in the wet and quite tough for our parents (and for us, to be honest!) So, we decided to build some stone steps into the bank. We want them to look like they’ve been there forever, and they will do after a few weeks I think.

It was much simpler than we thought it would be in the end, and took us only just an afternoon in the hot sun. Powered by dandelion and burdock and chocolate cake. We started by working out how many steps we’d want to make it a fairly easy walk up the hill. We didn’t want the space between each stone to be too big, or the step up or down too large.

Then we laid the stones out where we wanted them, and started digging around them. We removed wedges of grass around the same size as each stone… 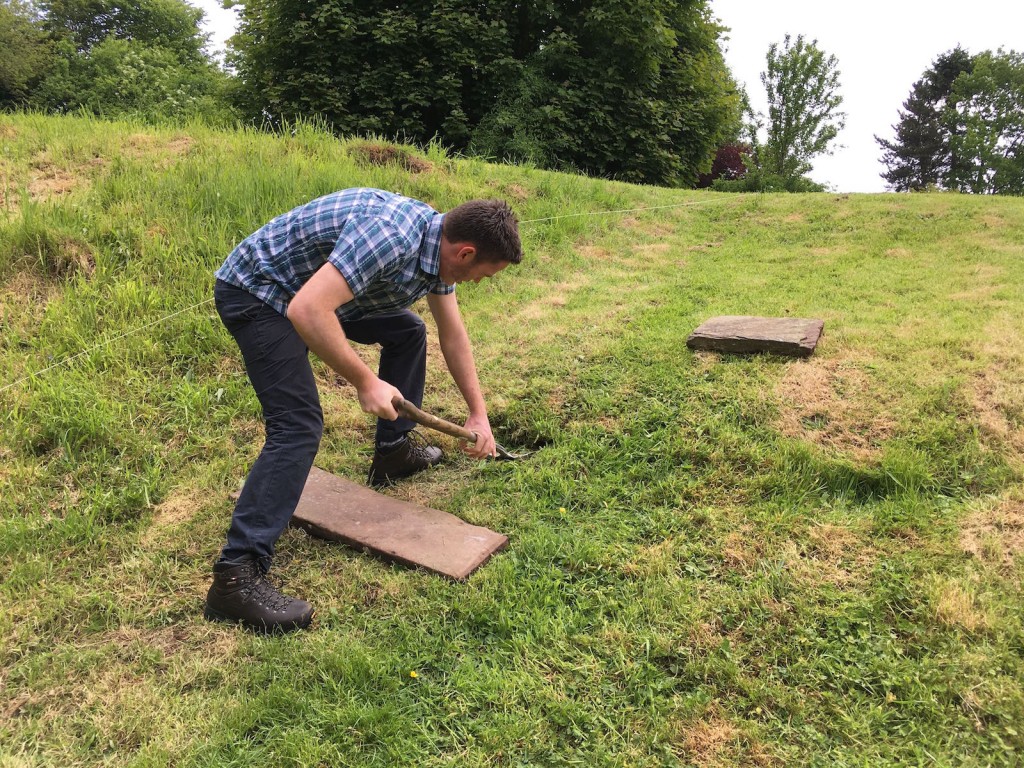 And dropped the big lumps of stone into the ‘oles… 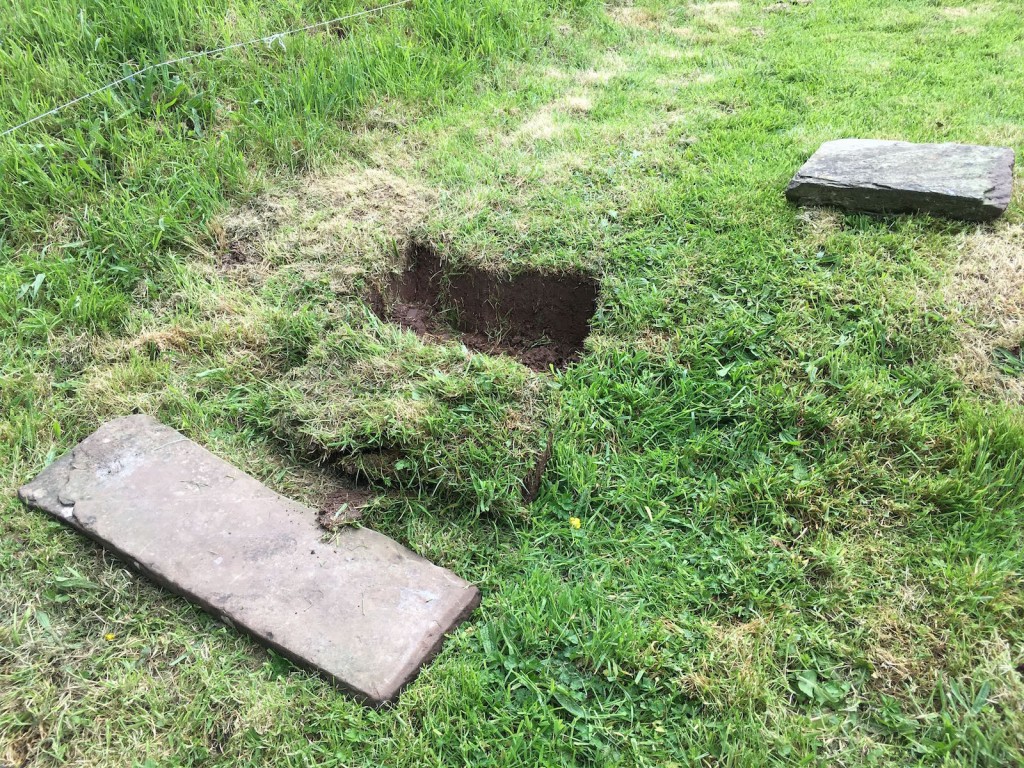 We did go to a reclamation yard just up the road, which is filled with all manner of amazing treasure and we will be going back… but when we found the stone, here’s how the conversation went:

Joe: “How much for a pallet of sandstone?”

Joe: “You mean a cubic metre?”

So then we remembered all our garden walls and actual house are made out of stone, so we figured there must be some lying around in the garden. Happily, there was! Some in the courtyard (some of which is huge and will be turned into a BBQ) and some languishing under the Bridge of Death.

So we rescued it all and carried on building… 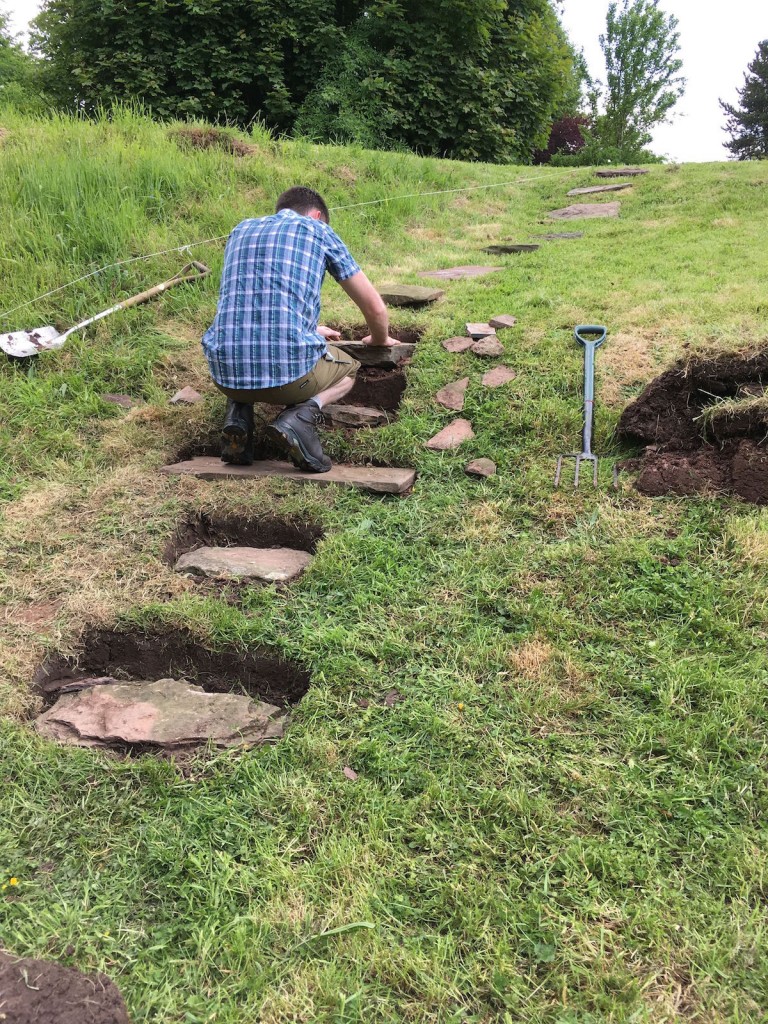 Not a builder’s bum in sight

And this is the result. We’re pretty bloody chuffed with it, all things considered. And Noodle definitely approves, so that’s alright then. 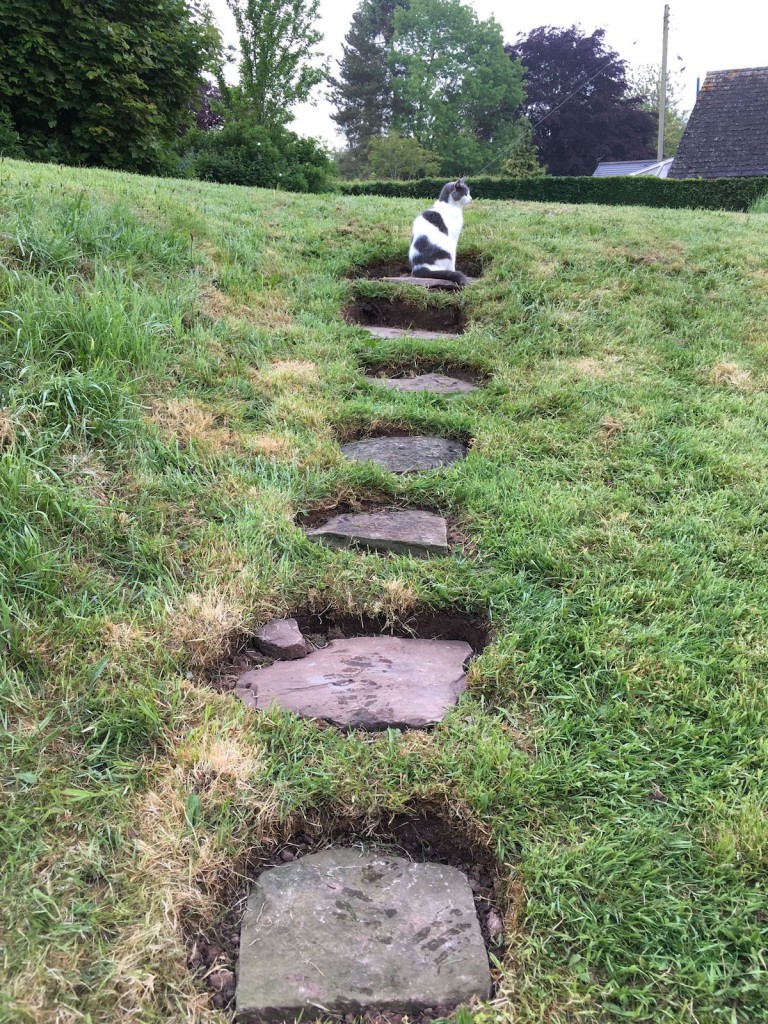 Finis! And it has the Noodle Cat seal of approval

Next garden building project: the bank up to the Bridge of Death*. It’s very picturesque (covered in buttercups and all manner of English country flowers) but very steep. So we’re putting steps in there, too. Although we’ve run out of stone…

*Now known as the Bridge of Significant Peril, because we’ve since repaired some of the slats.