We’ve got no floors and big ‘oles in the wall

Crivens. Well, quite a lot of destruction has happened over the past week. And quite a lot of discussion, as we realised we really ought to have put more thought into details like windows.

But let’s start at the beginning. Fun on the scaffolding, because obviously if we have scaffolding outside the house it becomes an aerial playground for Vicky (and her giant clown feet): 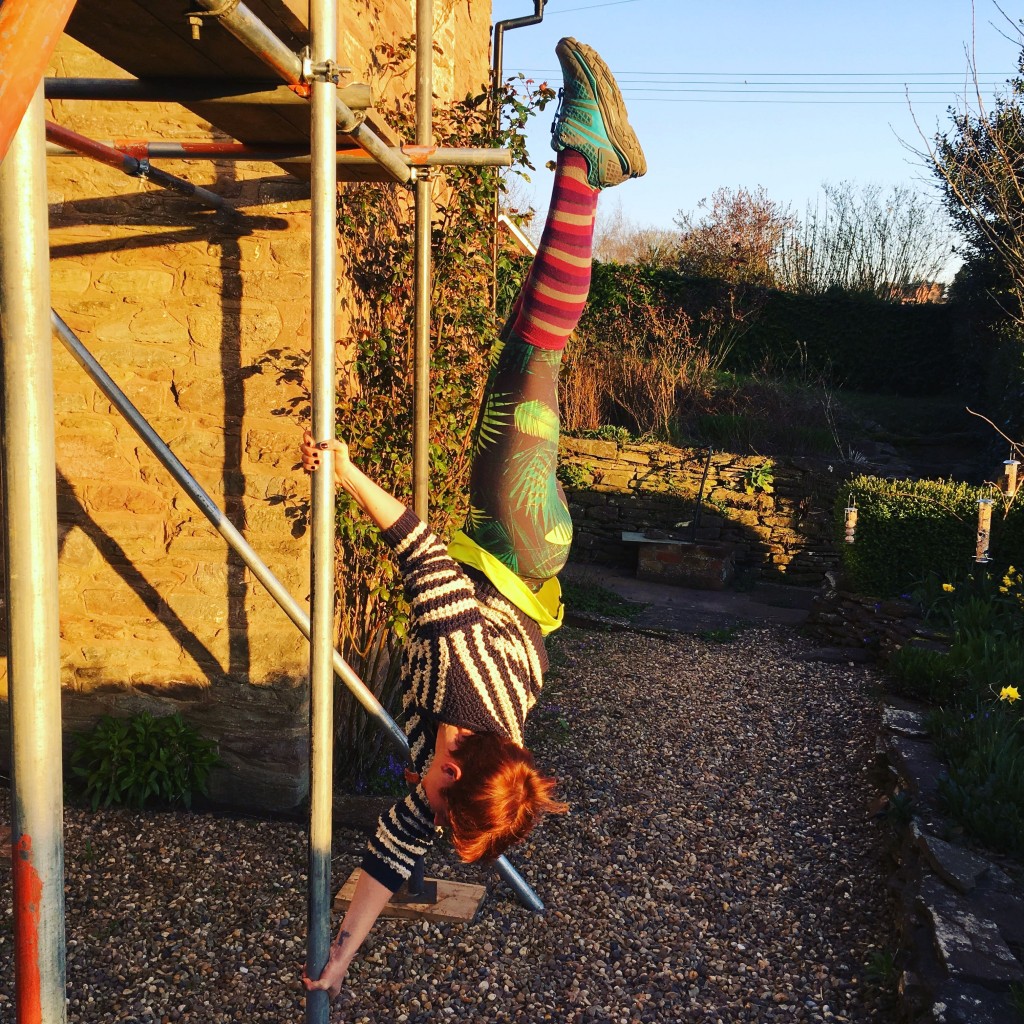 Anyway — the scaffolding went up, and so did the acroprops in the living room. To stop the house falling down when they took the old, not-substantial-enough beams out from the attic floor. 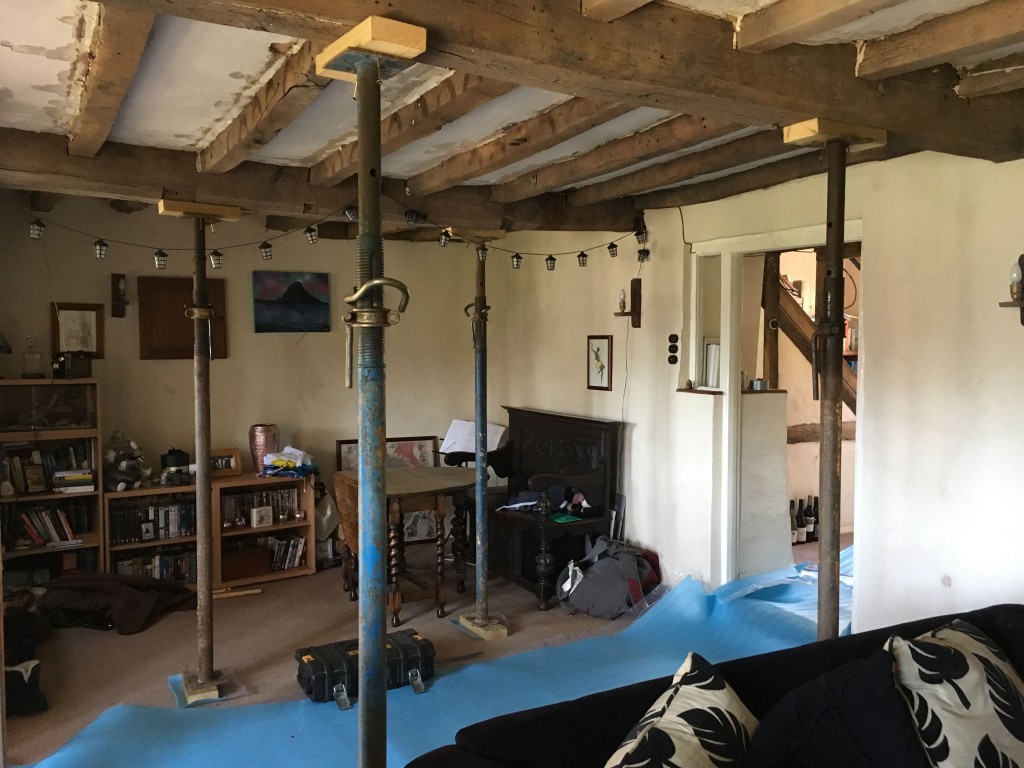 Holding the house up

Then things escalated real fast and suddenly we had no ceiling in the wonky room. And decided that we were going to leave part of the upstairs double-height, where the stairs go up to the attic, because it looks amazing. Proper “wow”. 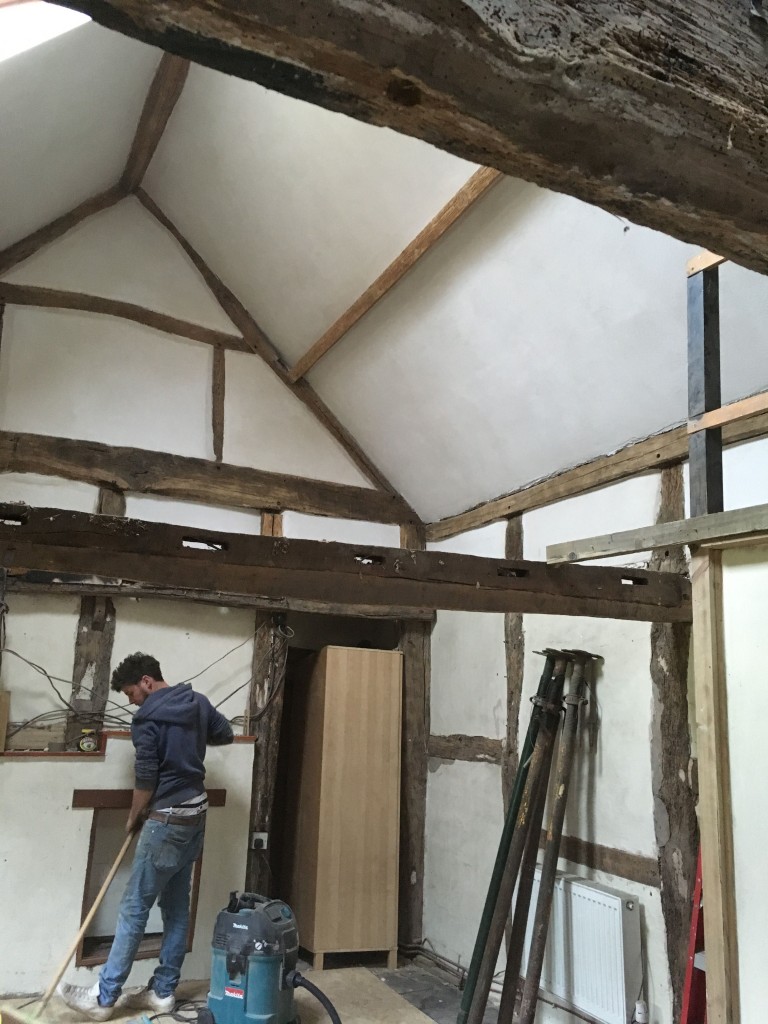 And the final Big Thing: we have two big ‘oles in the front of the cottage: 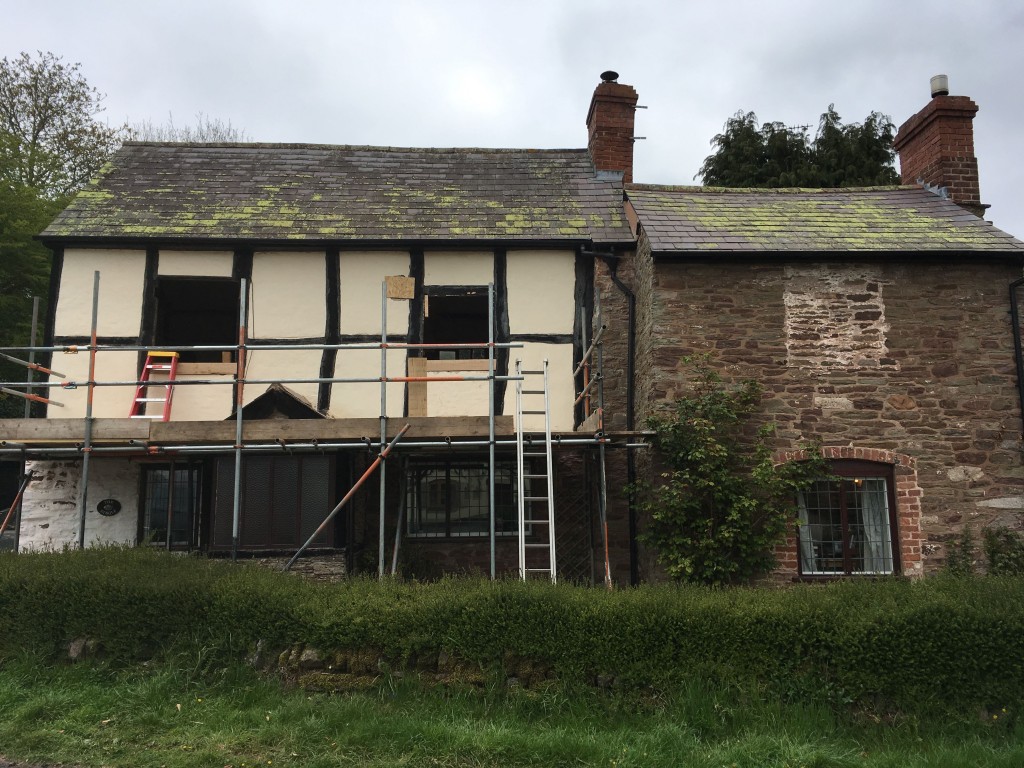 I’m a little sad because the house is no longer winking at us. But the good thing is: we’ll have loads of light in the wonky room. Until now, it’s been a great big room with two tiny little windows — basically a big dark cave. We’re having two big windows at the front, and we don’t know what’s going to happen with the back yet.

But that led to a discussion about windows.

Originally, we wanted cottage windows with 6 panels, but Fish reckoned that wouldn’t let enough light in. He suggested duplex bars to fake it. I turned my nose up, because I don’t like faking things… but when I had a look at a load of pictures, cottage windows with little panels fit our Dingle best. And you can’t really tell the fake bars are fake. So… that’s what we’re going for.

They’re going to be hardwood we can paint.

Now to find some monkeytail fasteners and stays…