We Have No Walls Upstairs

It’s been all go here at The Dingle over the past couple of weeks. We’ve finished installing the eco-friendly insulating boards in the attic

~ (and, by the way, the professional lime plasterer who came around to give us a quote today said, “Who did this? It’s absolutely excellent. Some of the best I’ve seen.” *proud*) ~

and got Fish our joiner around to make a decision about the floor.

We didn’t so much get on with the floor as rip out everything on the first floor. From this, with the not-original dodgy stud wall: 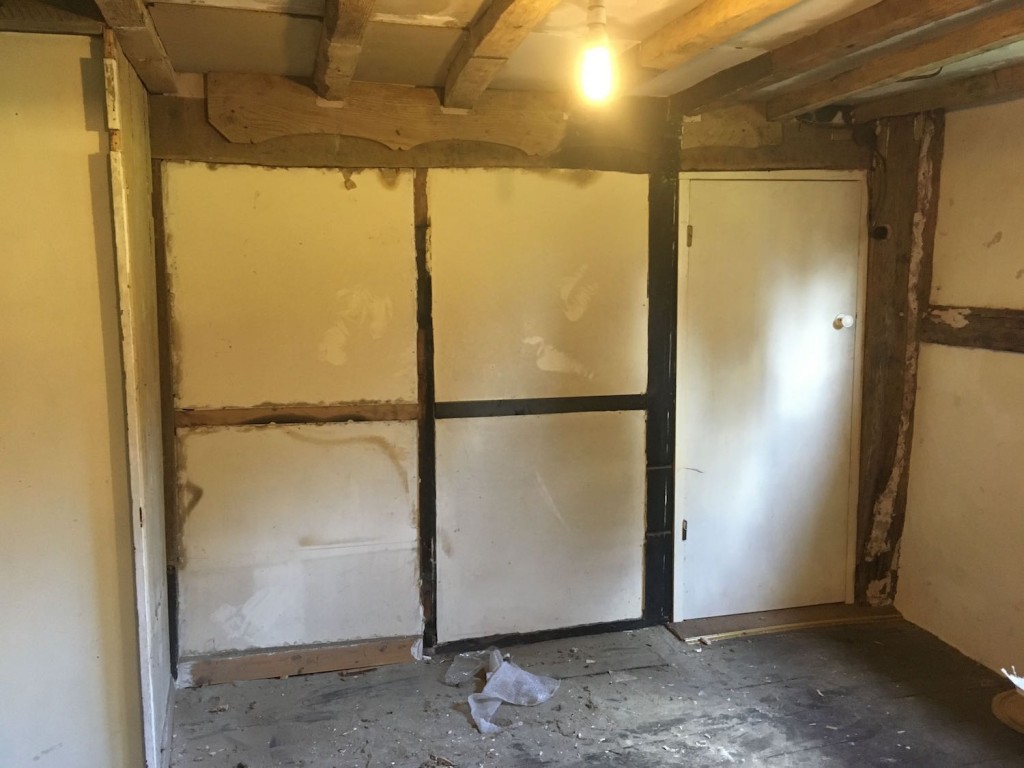 Before, with the dodgy stud wall…

To this. A big mess: 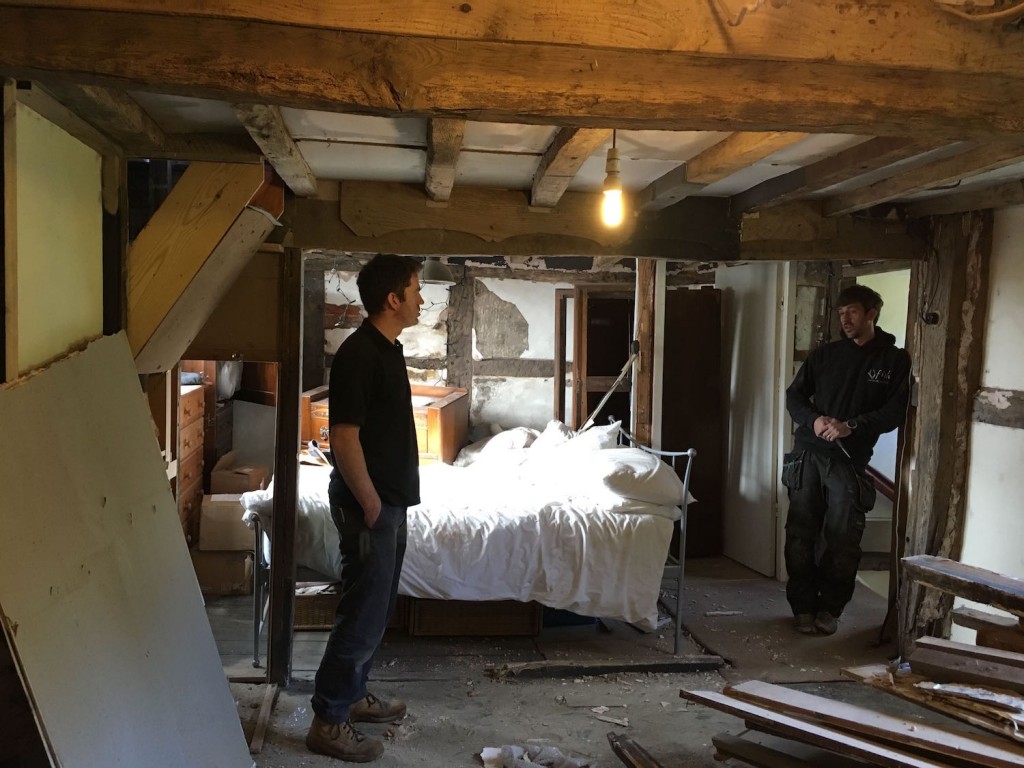 Now we’ve got all that space, we’ve got more options. So, here’s what we’re definitely going to do before we move up into the attic:

So that’s all structural stuff we’ve to do, to make the building sound. All good, and it means we get a window into the Wonky Room so we’ll have more light.

Fish suggested we could put the bathroom into the Stone Room, which has given us something else to consider… It’d be an amazing huge bathroom, and I could  put a roll-top bath right in the middle, as well as a big walk-in shower…

We really need to sit down with pen and paper and decide on the layout upstairs – and how it’s going to relate to downstairs when we build the new kitchen at the back.

Anyway. In the meantime, we’ve discovered some treasures: 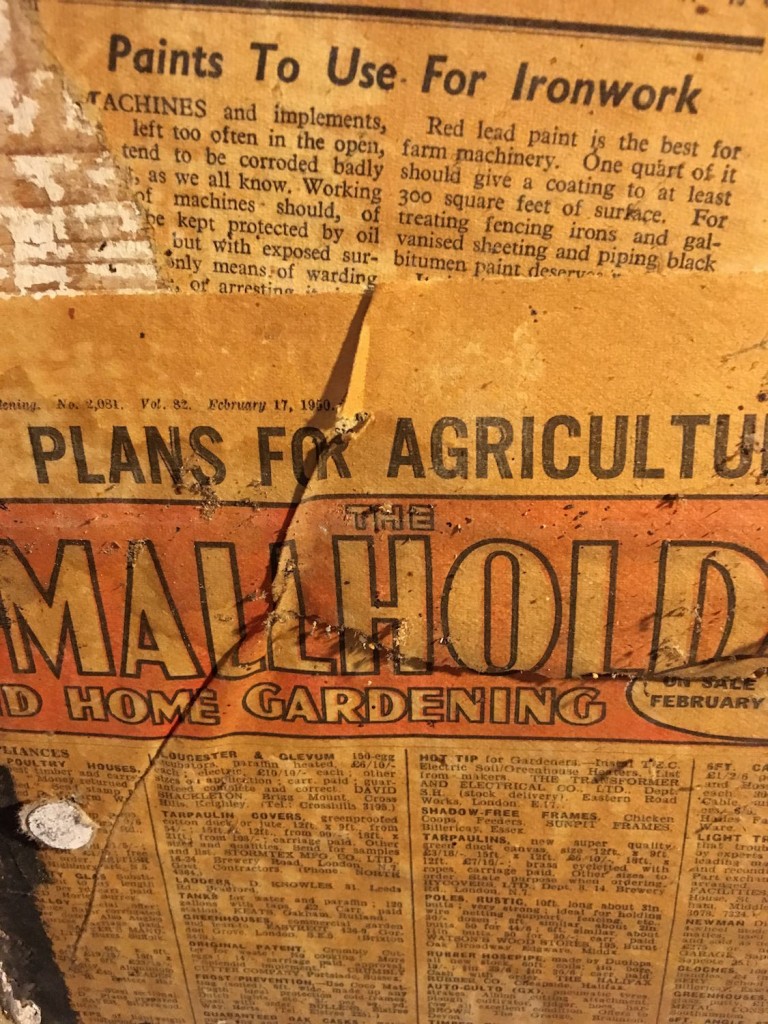 I’m going to save a couple of these panels, the ones in best condition, and varnish them and turn them into a little treasure. Same with some of the crazy wallpaper we’ve lost with the stud walls. I’d like to keep a little reminder of what was here before us.

And a rats’ nest: 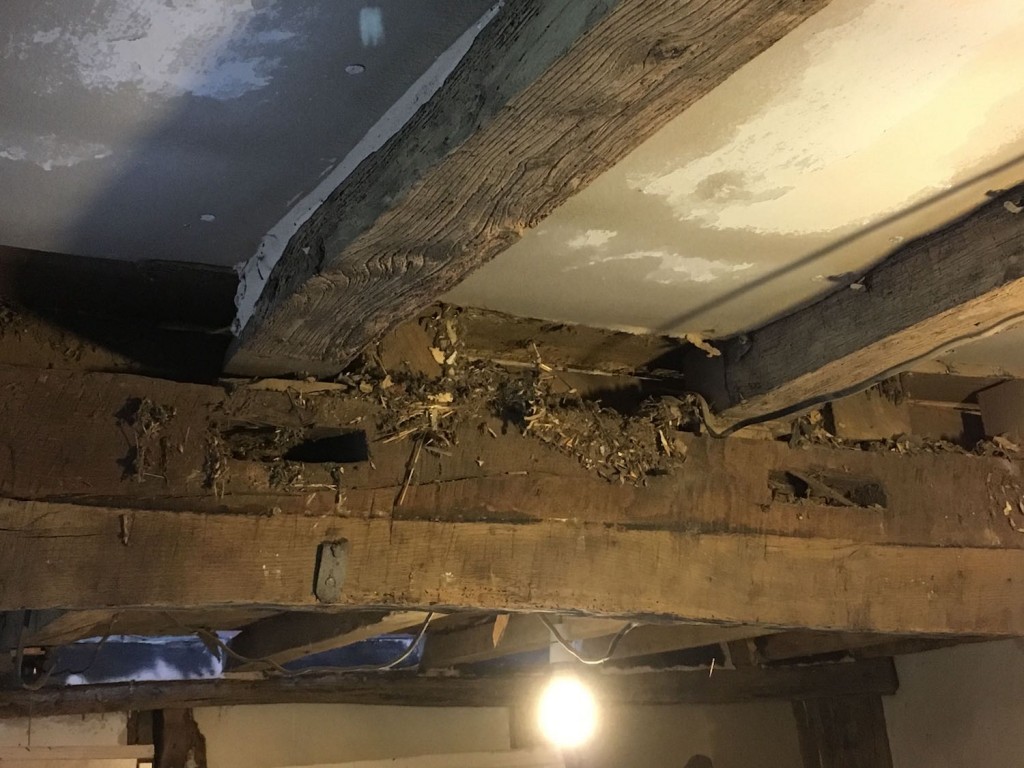 Thankfully they moved out…

Okay, so perhaps that’s not a treasure. And thankfully it’s an old abandoned nest. No rats here. But you can see the horizontal slots in the ceiling beam, which are odd – hence the idea they were once wall supports. And the beam itself isn’t sturdy enough, really, to support a floor. It’s like a trampoline up there… 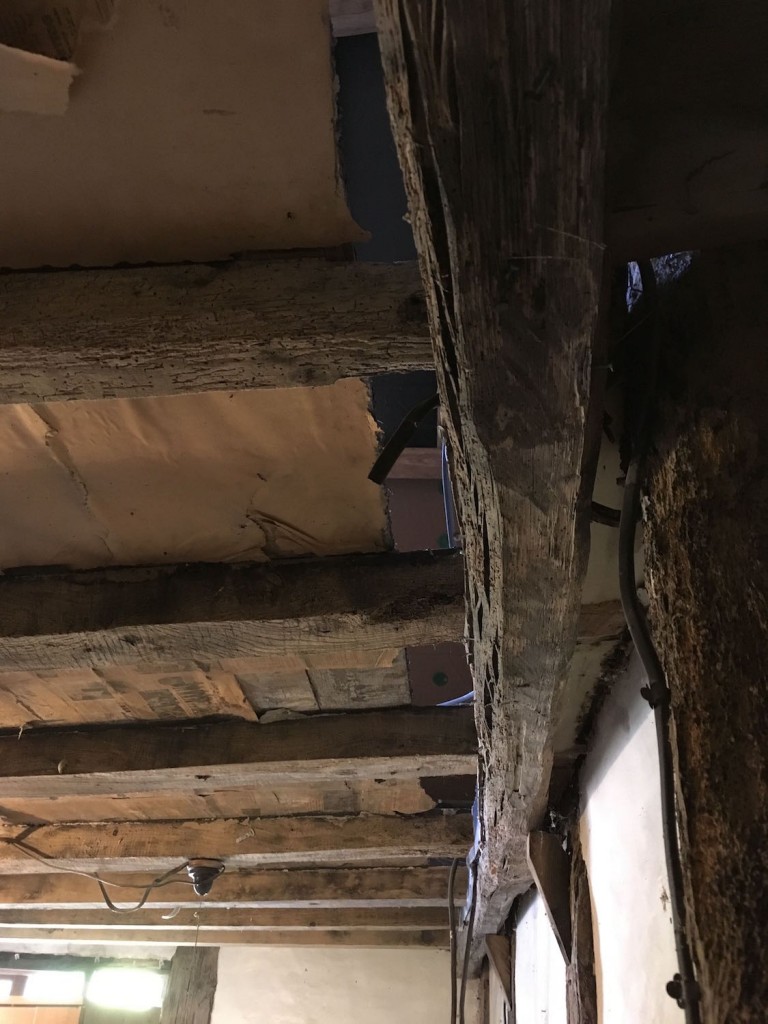 There’s a bit of a bend on this one…

We’re leaving this timber in place. Partly because it’s so wonky I don’t know how we’d replace it. It’s aces. But mostly because when you jump up and down on it, it barely moves. We’re going to replace those supports with something beautiful though.

We had a quote today from a lime plastering expert, and it looks like we can get the attic plastered before Christmas which will be brilliant.

He’s solved the freezing wall problem – there’s some insulating lime plaster that gives you a “pillow” effect, so we can expose the timbers but still keep some of the chill off the wall. Looks like we’re looking at about £50 a square metre, which seems pretty standard from what I can find out.