As the weather has been awful for the past couple of weekends, we thought it’d be the perfect time to get out into the garden. And we’ve accomplished quite a lot…

Not least, getting very muddy.

We also failed to buy a chainsaw on a stick. Instead, we bought a hedgetrimmer on a stick. So we need to get a small chainsaw attachment so we can prune the fruit trees.

The long-handled snips let us do some initial pruning, though, so we’ve made a start – and now the old apple tree by the mower shed has a lot less mistletoe on it, and we’ve identified the vertical branches and rubbing branches that must go.

But the main progress was Joe and his new machete: he’s cleared a whole load of brambles from the house-end of the bank, so we can see the whole hazel tree and conifer now. If we can do a couple of hours of that every weekend, we’ll manage to reclaim that bank fairly quickly. Apparently the way to go is wait for the bramble stumps to start sending out shoots, then just dab weed killer onto it for a targeted extermination. 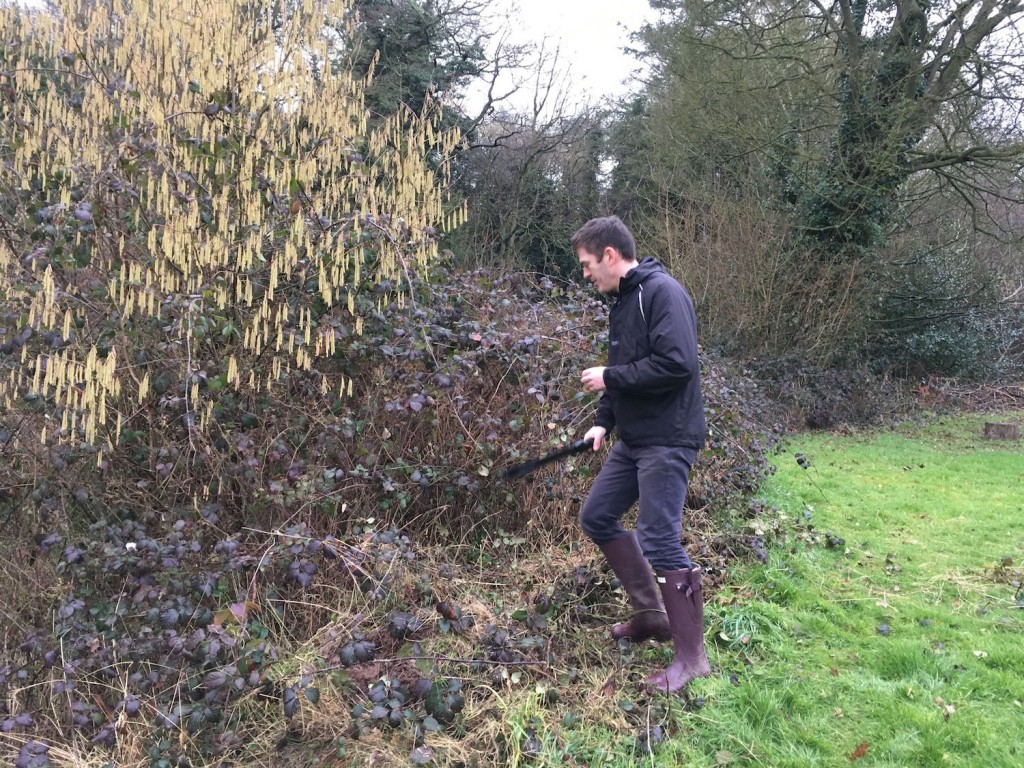 We now have a hazel tree free of brambles, and a big scrubby space on the bank

The plan is to get the bank back to grass — or possibly wildflower meadow — and also plant snowdrops, crocuses, and daffodil bulbs so we have beautiful spring flowers.

While Joe was doing that, I was prepping the second raised bed (I did the first one last week). I covered the grass with a layer of cardboard — old cardboard boxes — that will mulch down. Then I gathered loads of wet, dead leaves from the Bridge of Significant Peril, and from the hedges and banks and around the fruit trees, and spread them on top of the cardboard. 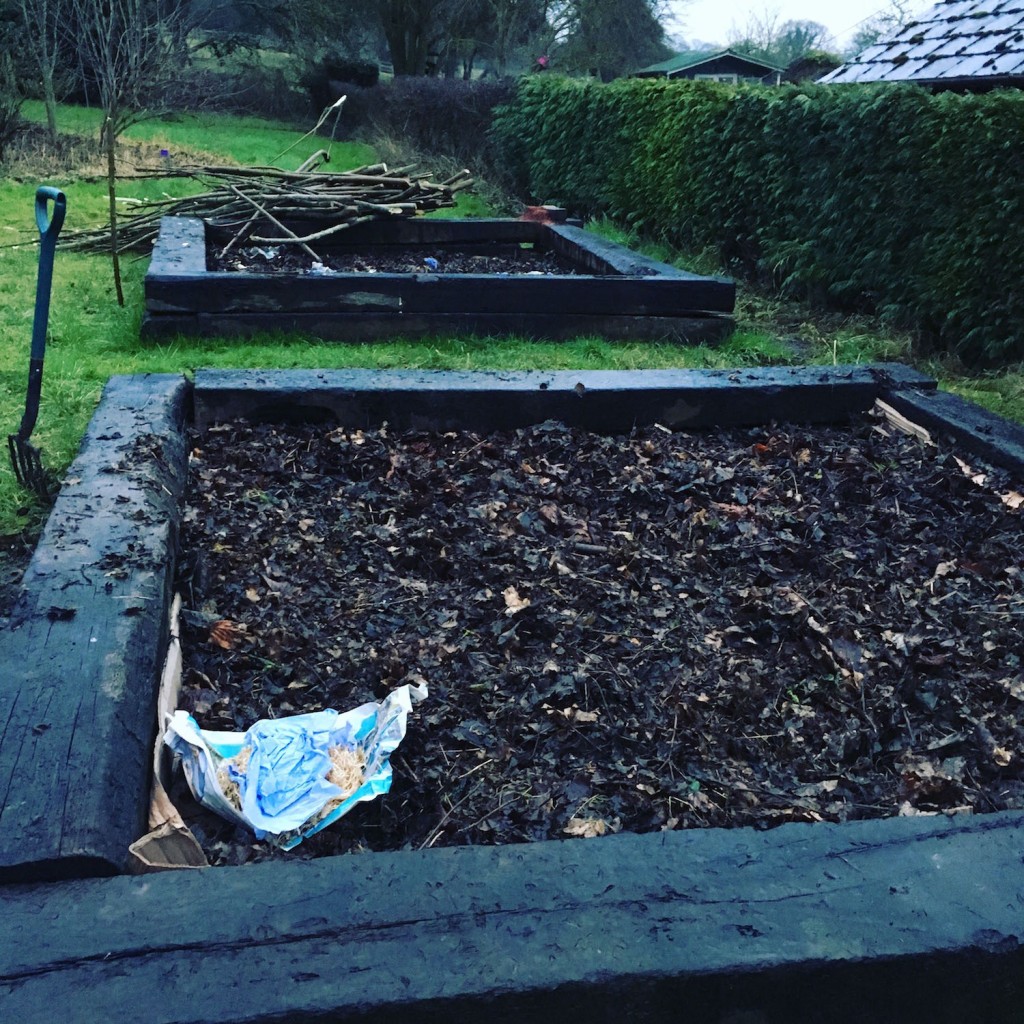 I’ve just ordered two bulk bags of topsoil to be delivered on February 23 – and I’ve got some garlic on the way to go in asap.

We haven’t got a greenhouse or anywhere to propagate seeds at the moment, so I’m buying in young plants to plant out throughout the year. Easiest way to learn is by doing as I’m told, so I’m using Rocket Gardens on recommendation of a friend. I’m really excited about this.

Also, we’re planning a little fenced area for our allotment, which may help to keep the chickens and cats out…

Inside, we’ve not made huge progress — but the new oak beams are going in to reinforce the attic floor mid-March, same time as the new winking window at the front of the house.

We’re seeing an architect next week, who’s going to help us plan the whole project out — because we keep stalling and don’t know what’s going to work and what isn’t.