In which we feel enTITLED to be rather chuffed

Our deeds have arrived!

And we’ve finally been able to shed some light on how old The Dingle might be, because the earliest record of sale that we have – beautifully written on vellum and parchment – is from 1772. 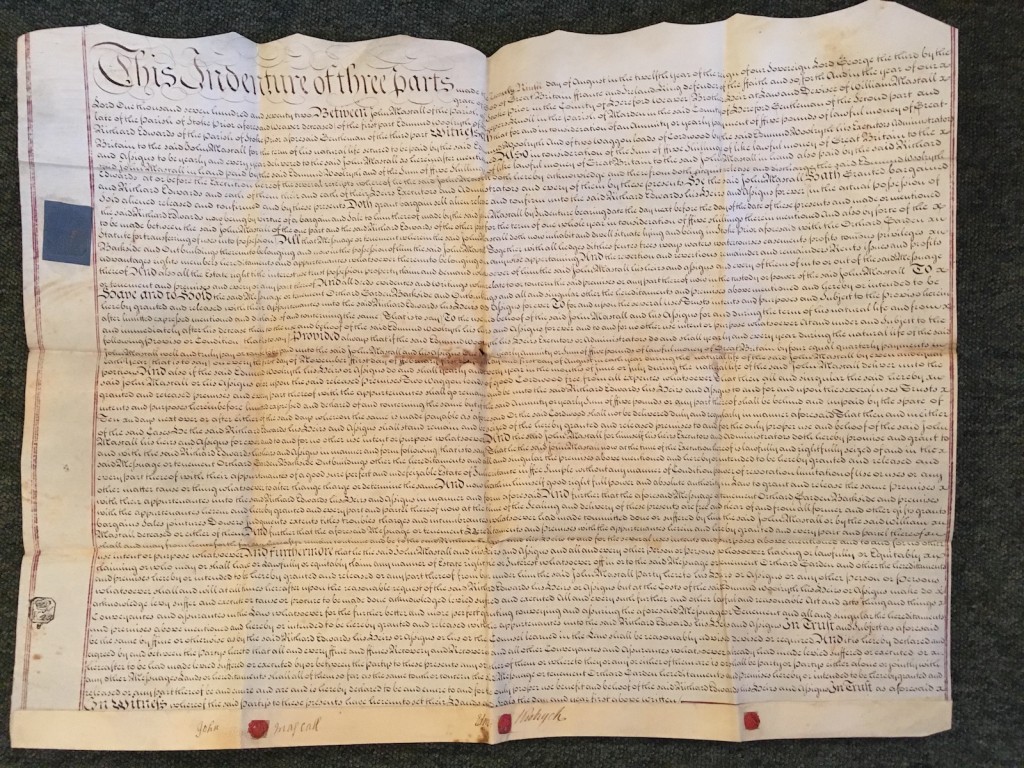 We’re not sure if this was the first sale of the house, or just the earliest record we have; but either way, it seems likely that the house dates from the mid-1700s. We’ll keep digging, and take the whole lot to the Records Office in Hereford at some point.

I spent an afternoon there last week, and had a root through the 1841 census records. The Dingle was in use as a shop at that time, and I think was counted as two separate units – but I’m not sure.

I do know that George and Mary Bannar, their daughter, and their twin sons lived there during that census, and that George was an agricultural labourer – like most able-bodied men at that time, I’d guess.

Fascinating stuff, but it hasn’t shed any light on whether or not there was ever a quarry here.

The Dingle itself is definitely man-made – it’s a long, thin valley in an otherwise uniformly steep slope. There are the bones of rocks poking out the sides. There’s also a mysterious alcove in the right-hand end wall. Perhaps it was a toll booth?

Our neighbours in Monkerton House, next door to the pub, have suggested that their house was built from stone from The Dingle quarry, but I can’t find any hard evidence of this!

In the meantime, we’re going to look into getting that earliest deed framed, because it’s beautiful.