Odds, Ends, and an Actual Floor

We’ve not made much progress since Christmas, but we have done a few odds and ends.

We’ve been meaning to make a little shelter to sell our eggs from for ages, because otherwise people tend to wander into the garden and walk into Vicky’s office while she’s working.

So we used some left-over fibre roof tiles, some odds of batten, and a couple of chunks of joist, and created a snazzy little egghouse. 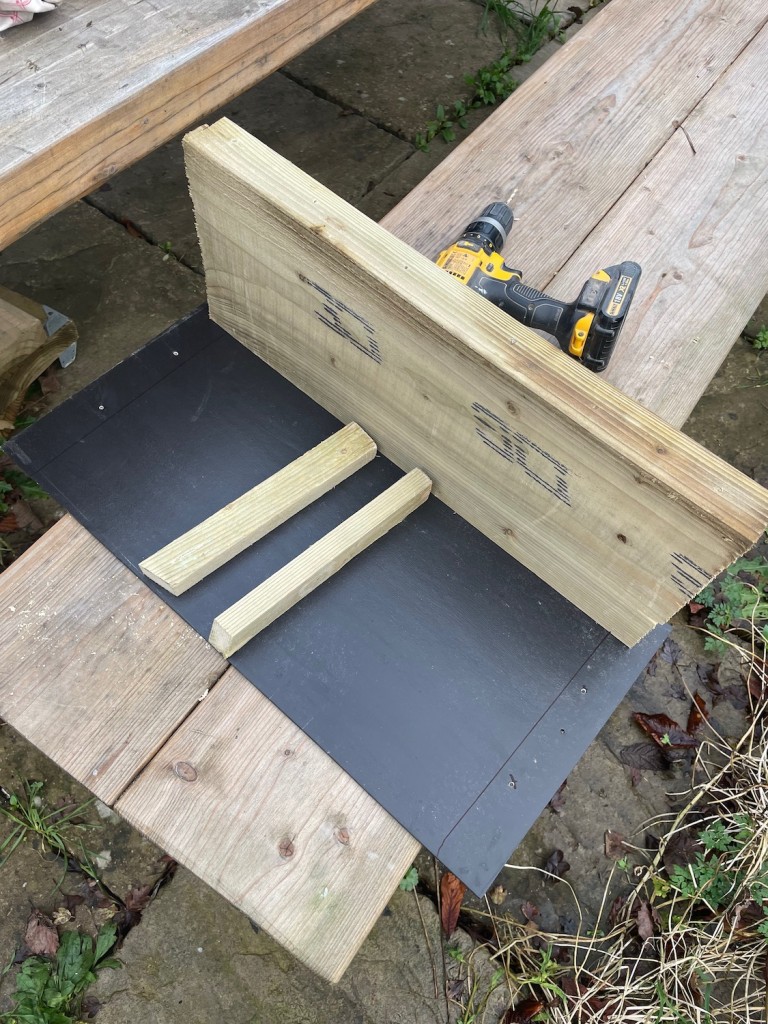 There’s enough room for an egg holder, some egg boxes, and a honesty jar. 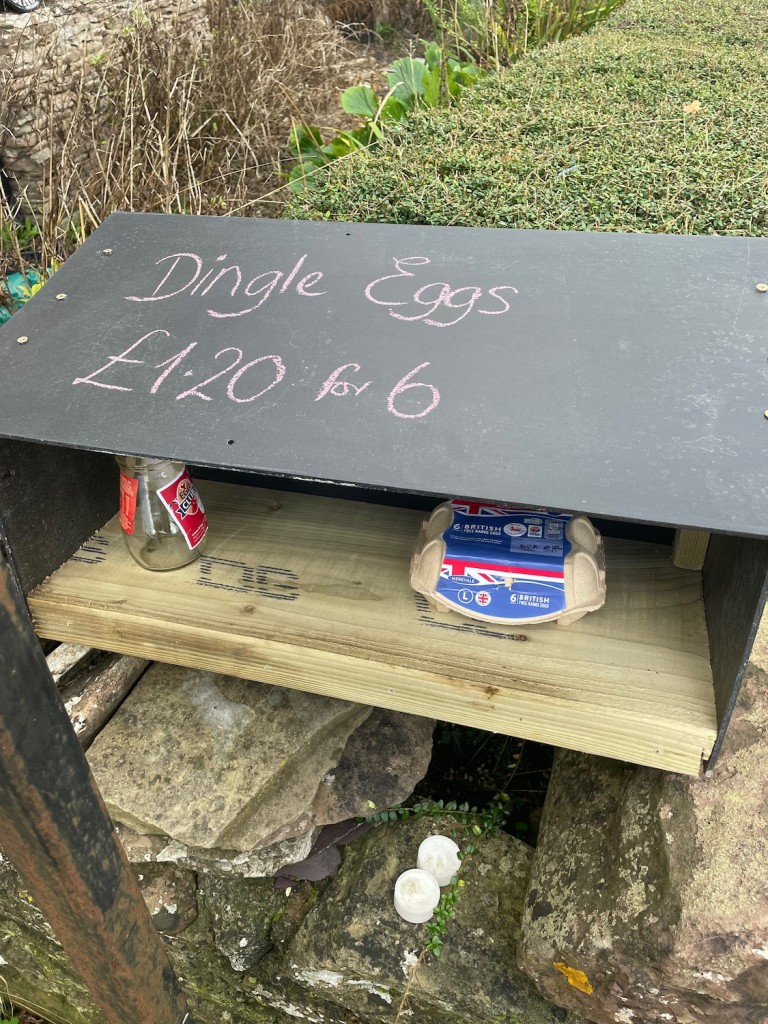 £1.20 for half a dozen eggs, half the proceeds go to the British Hen Welfare Trust, which is where we go to rehome ex-battery chickens.

There’s been a gaping hole above the tunnel from the living room to the Rayburn Room for aaaaages.

We finally got around to building a frame and whacking some wood-wool panels up there ready for plastering—eventually. 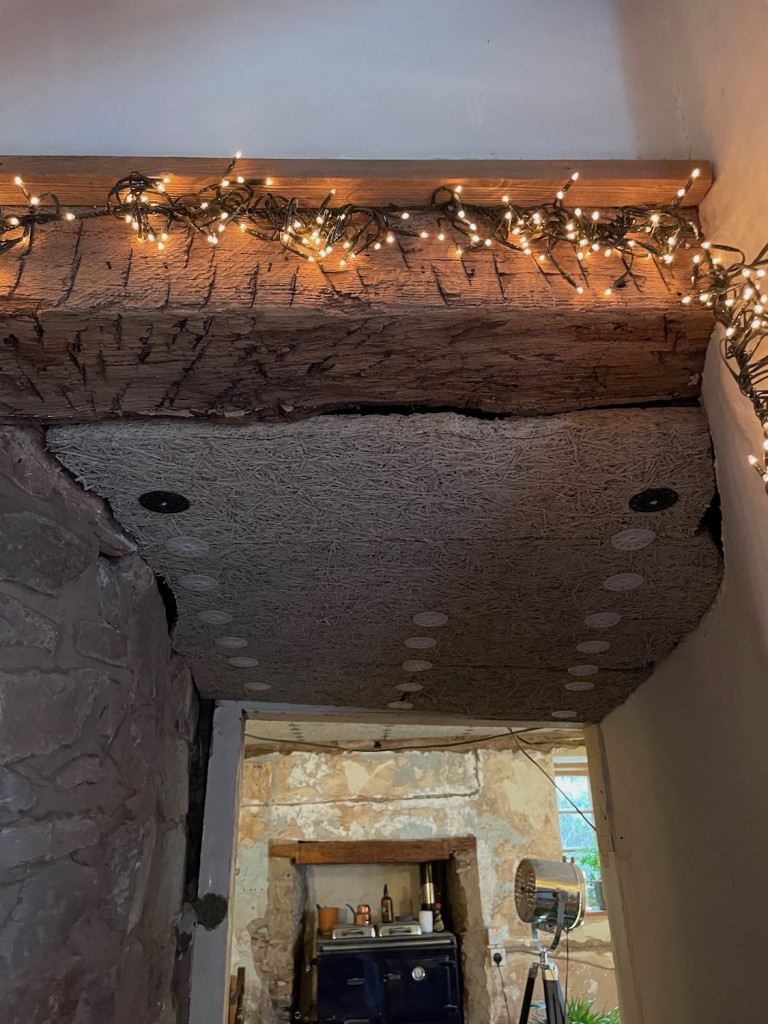 The Rayburn has left the building…

We knew we wouldn’t be using the old oil-fired Rayburn anymore because we recently switched over to gas, rather than oil. It’s not worth converting it, so we’ll probably get an electric Aga when we do the new kitchen.

Joe advertised the Rayburn on Facebook, and a couple came to pick it up—and we got 150 beans for it. Winning! 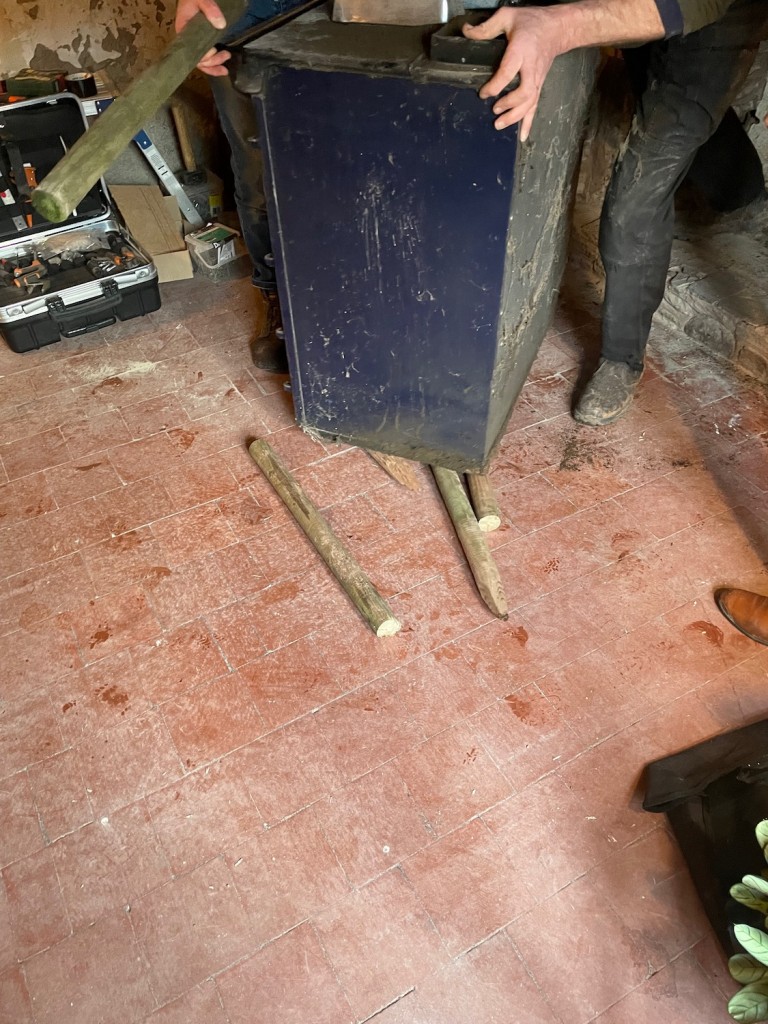 Looking forward to turning the Rayburn Room into a library, and installing a woodburning stove in the fireplace. 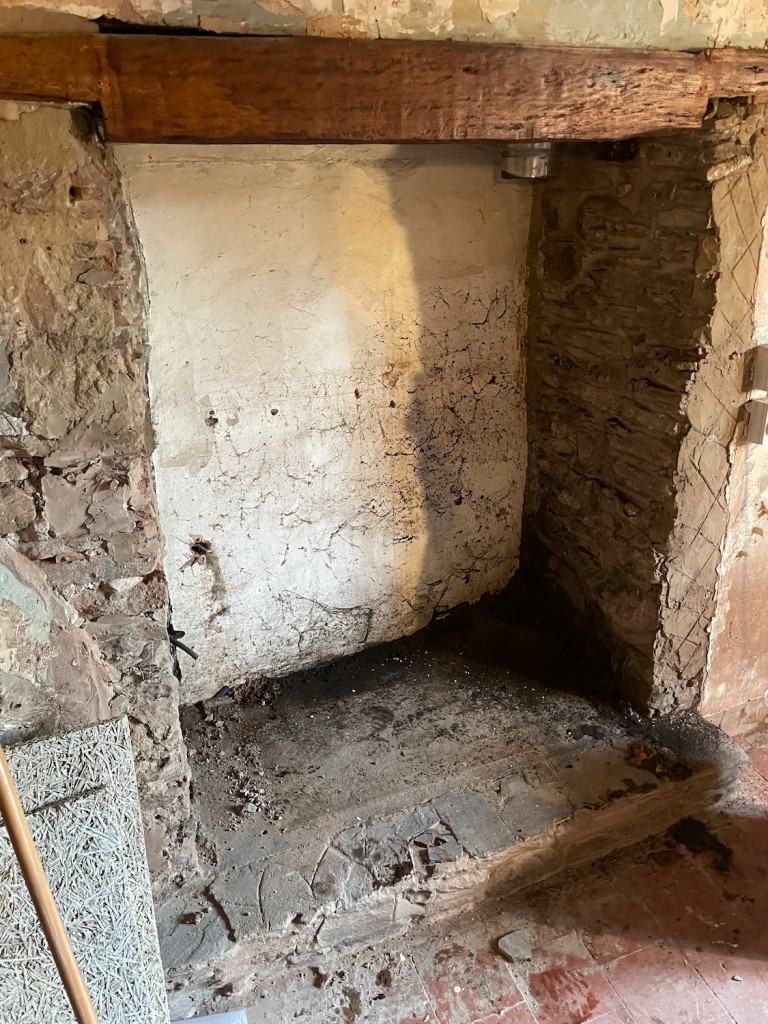 All ready for plastering, beautifying, a new hearth stone, and a woodburner

Oh and a proper solid floor

And finally, having spent months wobbling around on bits of shaky plywood and OSB, and wondering if Joe would put his foot through the floor again, we decided to lay a proper subfloor.

We had a little help from Kenda and Mike to get started: 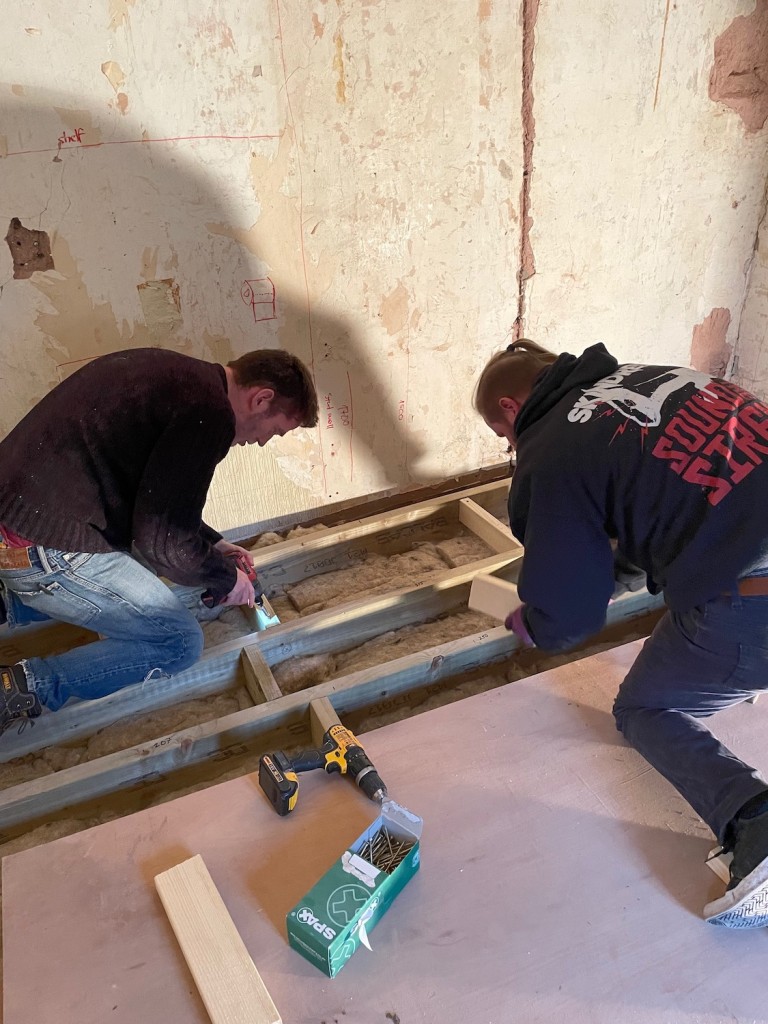 The rest of it looks like this only without the gaping holes: 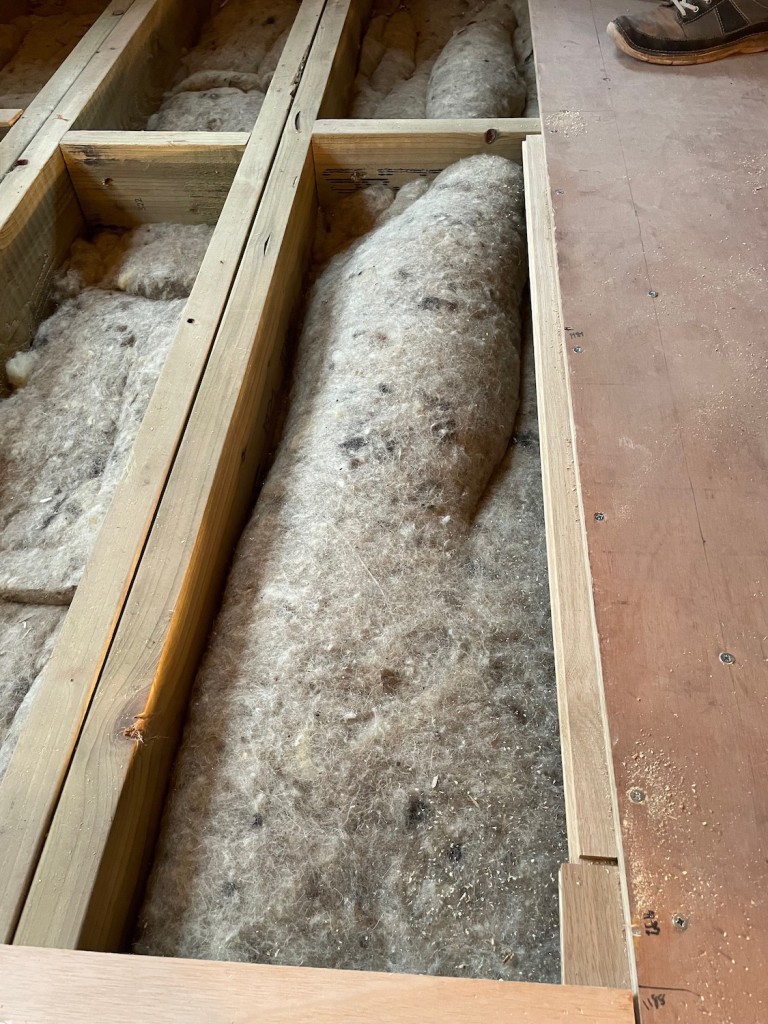 The beginnings of a solid floor

And now the whole floor is screwed down and solid, and you can jump up and down on it and everything.

Actually, we’ve more-or-less finished it, and that was a couple of weeks ago.

The attic is done! Look how pretty it is: 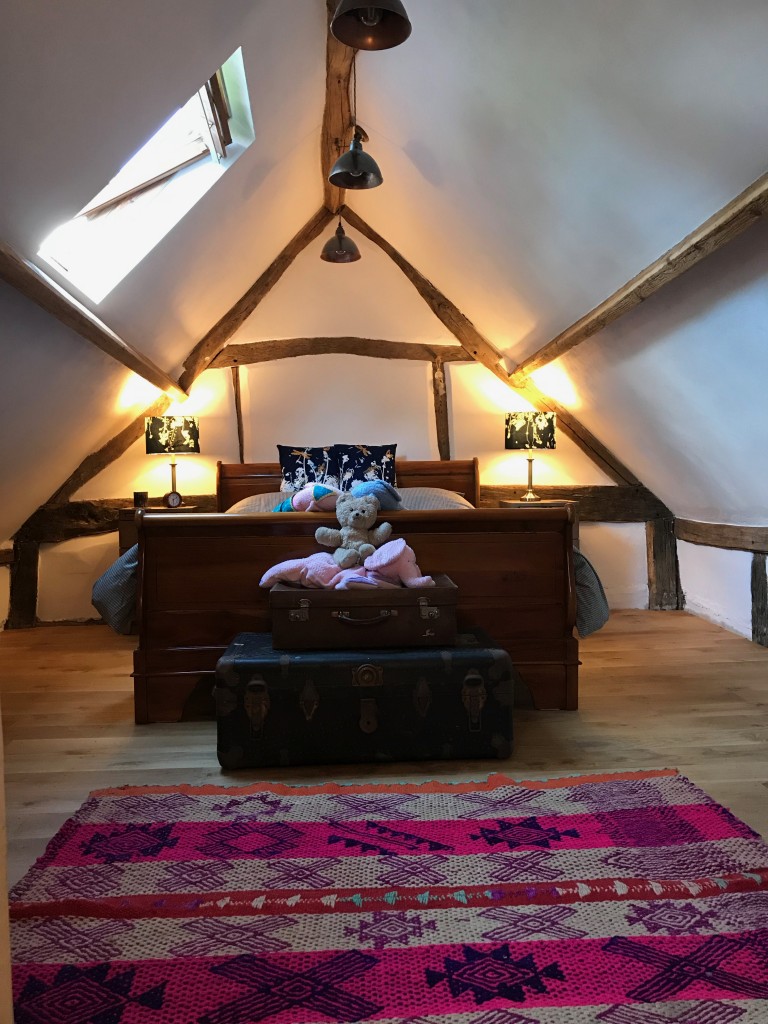 It’s a proper sanctuary and we LOVE it

We absolutely love it. It’s restful and beautiful and waking up with the sun is delightful.

Here’s how we’ve decorated it…

Also, you need to see the extravagant and gorgeous lampshade Joe bought me for my 40th birthday. I’d put a deposit on it, and he surprised me with it.

You need to see it because it’s extravagant and gorgeous, but also because putting it up was a horrifying experience. Here’s why: 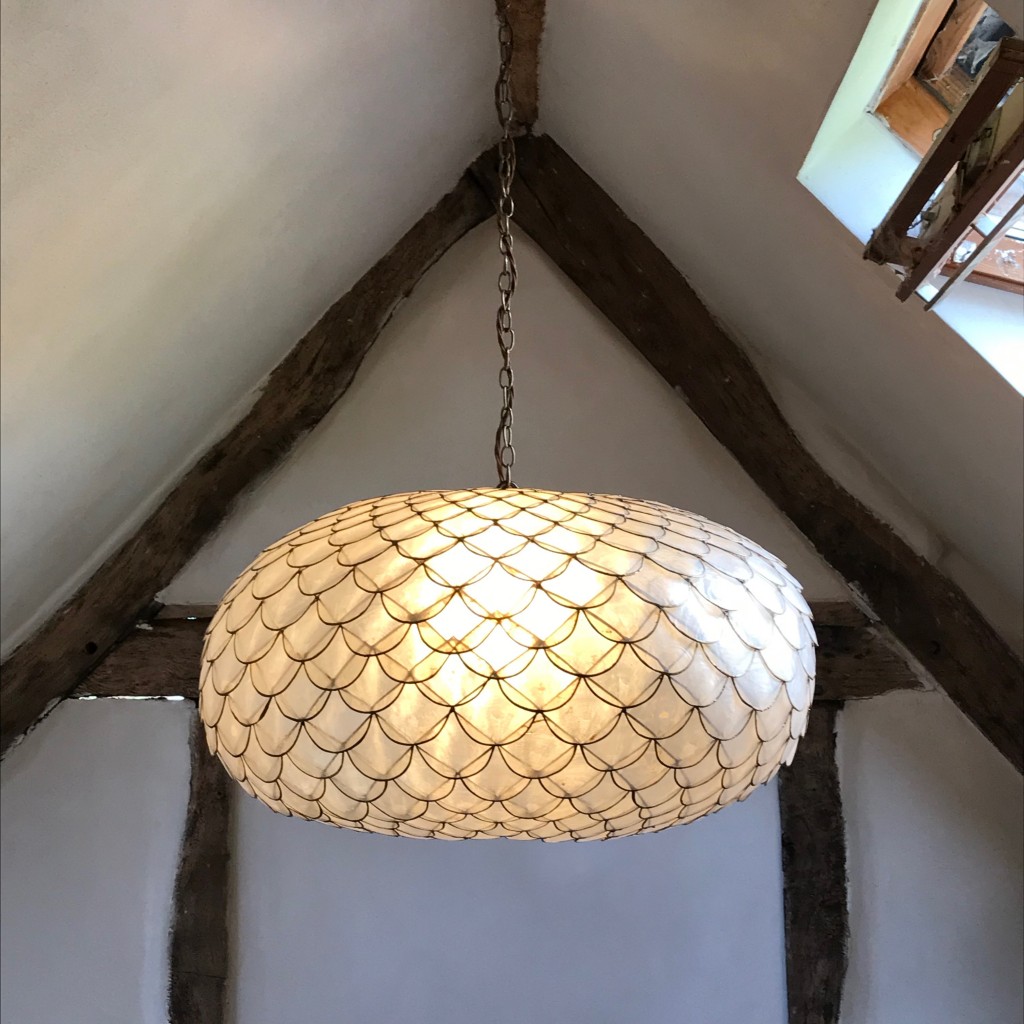 Yes, that is daylight you can see in the background, through the wall. We’re on the case.

Things still to do in the attic bedroom:

Next stop: replacing all the brick wall panels in the front of the house, putting a new oak sole plate in (well, Ken is), then cracking on with turning our old bedroom into a posh bathroom.

I can’t tell you how good it feels to have finished a room. It feels like real progress, when sometimes we just think we’re getting nowhere.