Dolly Parton switches (because they're so pretty)

Ancient houses bring interesting challenges, such as: how to deal with the wiring.

With a newer building, you just chase the wires into the wall and plaster over them, job done.

In an ancient structure, with exposed timbers and lath and plaster, and newer cork panels, and strong oak joists, it’s not that simple. You can’t wire through oak joists because they’re smaller than softwood ones, so there’s a risk of banging a nail into a live wire. Not a big risk, but the regs don’t like it.

And you don’t want to go chasing wires into walls when there are timbers in the way.

So what do you do?

Of Chalk And Saddle Clips

We started with chalk and marked out where we wanted the sockets, switches, and saddle clips for the cables. Don’t want any (more) expensive mistakes. Deciding where to put sockets.

We didn’t put the sockets on the timber in the end, we put them on the plaster in the corner to the left of that X. We made sure the saddle clips were spaced at regular distances (except when we had to wire around bends). This was exactly as fiddly and annoying as it looks like it was. I mangled many innocent tacks.

I now have a new respect for conservation sparkies.

I’ve never done anything so fiddly in my life. There was much swearing and gnashing of teeth – but we’re delighted with the results. Here’s what we did.

We took the 2.5 twin-and-earth wire (beautifully braided in old gold and a special order from the fabulous chaps at Flexform) from the junction box, into and out of four sockets, through the panel, and along the front of the mezzanine. When we’ve finished plastering, we’ll take pics. It’s actually pretty neat and tidy and it looks fab.

However, it was not as easy as it sounds: there are no straight lines in this house, so we followed the lines of the timber. It’s a work of art and it took hours. You might be wondering why there’s a cheap-ass black plastic back-box on that there wall. Good question. Especially when you find out these beautiful bashed antiqued brass sockets go on top: We chose one with USB ports and three standard double sockets, all from Jim Lawrence. They’re beautiful but super expensive. With brass back-boxes too, we wouldn’t have been eating this month. The black ones are barely visible unless you know they’re there…

Which, of course, we do. So I’m going to replace them one by one, when Joe isn’t looking.

One of the sockets has turned out to have a faulty switch, but the woman at Jim Lawrence couldn’t have been more helpful. They’re sending a replacement next week. The others work perfectly.

When we turned on the ring main, with Joe working his way along the fusebox switch by switch, it was just like that scene out of Jurassic Park. Not even kidding. 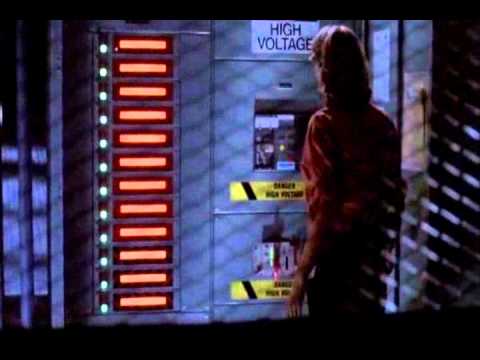 Scenes from The Dingle earlier today.

Mum and dad came over for the day and brought soup and an extra pair of hands.

Joe and Dad and I got cracking on the lighting circuit. We’re putting three pendant lamps in the attic bedroom and one pendant lamp in the double-height hallway above the stairs.

Normal lighting wire for moving volts around is three-core (two plus earth) 0.75mm. Wire to the switches is four-core (three plus earth).

We tacked them up the oak doorway frame and into an oak pattress, then into gorgeous antique brass dolly switches thusly: That earth tape is to mark which switch is which. The bottom switch – the one marked with the tape – works the attic bedroom lights. The top switch works the hallway light.

Or they will, when the lights arrive…

The great thing about this is, I knew nothing about electrics before we started this. In fact, I feared the electrical world. Joe understands electrics, because he has his 17th Edition.

(Yes, we’ll need to get an electrician to certify everything when we’ve finished the house.)

I now understand how to wire a ring main, how to wire a lighting circuit, how to wire sockets and switches and lamps. In fact, I’ve done all these things in the last three weeks. That’s pretty damn cool.

Behold The Very Tiny Wall In The Attic